Hokkaido University is getting four petaflops of HPC infrastructure

Made by Fujitsu and Mirantis, and supported by a cloud platform based on OpenStack

The Hokkaido University in Japan deploying a new supercomputing system with a theoretical peak performance of four petaflops.

The project will combine on-premises and cloud infrastructure. It will involve a supercomputer, built by Fujitsu and open source software specialist Mirantis, that will serve as the new core of the University’s Information Initiative Center, used for research in fields like AI and data science by academics throughout Japan.

It will also include a wide-area distributed cloud system for high performance computing, based on Mirantis’ distribution of OpenStack.

“I am confident that the full open source cloud infrastructure software is the best choice for customers who expect agility and reliability from their system infrastructure,” said Masahide Abe, head of the mission-critical system support division for Platform Software Business Unit at Fujitsu. 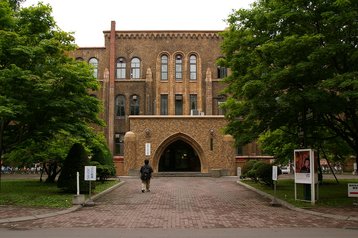 The upcoming supercomputer will combine two types of servers, with different kinds of silicon.

Meanwhile, the cloud system will place more emphasis on GPUs – it will offer access to 64 Fujitsu Primergy RX2540 M4 servers, each equipped with Nvidia’s Tesla V100. The servers themselves will be spread across eight locations in the Kanto, Kansai, and Kyushu regions.

The partners say the new supercomputer will improve the processing performance of the existing system by 2000 percent, while the new cloud system will ensure easier access to HPC resources.

The system is expected to begin operations in December.