Senior management at American network operator GTT Communications have admitted that they are seeking to sell-off non-core assets in order to reduce the firm's $3.2 billion debt burden.

The asset sell-offs would also allow it to focus on cloud networking services, president and CEO Rick Calder said during the firm's latest quarterly earnings call. 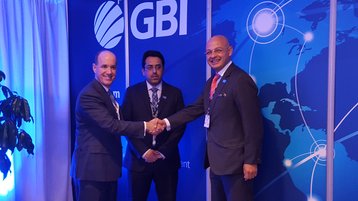 The great sell off

The company's second quarter results released last week however showed the firm was struggling, with revenue coming in well below analyst expectations, as well as losses growing above anticipated levels.

In the second quarter, GTT reported a net loss of $33.3 million compared to net loss of $136.3 million the same time last year. This year's Q2 loss was up from its net loss of $27.3 million in the first quarter, and the growing loss were “primarily the result of non-recurring costs.”

Second quarter sales also disappointed coming in at $433.8 million. Whilst this was up 32.7 percent from last year, it declined 3.6 percent compared to the first quarter.

These grim figures resulted in a big drop in GTT's share price to just $4.90, although its shares did recover to $8.11 on Monday, after the telco company revealed it was seeking financial advice on selling off non-core assets in an attempt to pay down some of its obligations.

CEO Calder did not identify which businesses would be up for sale, but he said that GTT has engaged an advisor to explore options.

Some of GTT's troubles have stemmed from its recent acquisition spree.

“From the beginning of 2017 until now, we have closed and integrated 10 acquisitions and nearly quadrupled the size of the firm,” Calder said. At time of publication, GTT had a market cap of $457m.

These acquisitions included GTT buying British network and infrastructure specialist Interoute for $2.3 billion in cash back in February 2018, and last month it also said it was acquiring telco and IT provider KPN International for $56m in cash.

“Each of the companies we acquired had a flat or declining trajectory at close,” Calder said in the earnings call. “And while we have not yet returned to growth, we have assembled all the right components to return to growth in the future.”

GTT's troubles may not be entirely over however.

On Monday, Pomerantz LLP, lawyers specializing in securities issues, announced it is investigating claims on behalf of investors of GTT Communications.

“The investigation concerns whether GTT and certain of its officers and/or directors have engaged in securities fraud or other unlawful business practices,” the law firm said.