The facility will be dedicated to cloud and disaster recovery services

Just two weeks after receiving a $16m loan from private investment firm Post Road Group, Green House Data has made good on its promise of bold action and bought a data center in Fort Worth, Texas. 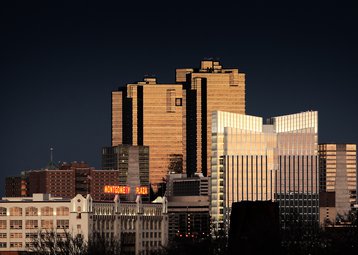 The company’s expansion has been relatively swift. Since its inception in 2007, Green House Data has gone from owning a single facility in Cheyenne, Wyoming, to ten facilities spanning the West, Central, East and Southeast regions of the United States. In so far as increasing its share of the market and broadening its range of services, the company has made two major acquisitions: FiberCloud and Cirracore.

The latest addition to its portfolio will serve as a disaster recovery facility for customers in nearby colos, and ostensibly improve its gBlock cloud platform’s resiliency.

“Dallas has been a target expansion site for us due to business density and growth metrics,” said Shawn Mills, president and CEo at Green House Data.

“As one of the largest metros in the United States, Dallas is home to many oil and gas, technology, healthcare, and finance organizations, all of which are well-served by the Green House Data model of high-touch, highly compliant hosting.”

As its name indicates, Green House Data has built its brand on powering its facilities exclusively using renewable energy. The Dallas area - and by extension the new facility - is served by an independently run grid, the Texas Interconnection.

The company has not publicised any of the data center’s physical specifications, and is it unclear who the previous owner was.