GRC partners with Prasa for liquid immersion cooling in India

Another green revolution in India

The deal will allow GRC (formerly Green Revolution Cooling) to supply its ICEraQ, ICEtank, HashRaQ, and HashTank to the Indian data center market. 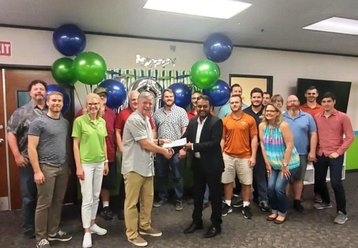 And GRC says the need for its cooling kit in that market is clear, as Indian data center operators are often faced with challenges related to the availability of space and power, as well as the reliability of IT equipment in hot and humid environments.

GRC’s immersion cooling solutions are being touted as a way to reduce space and power utilization in half, while improving hardware reliability by protecting servers from air-borne contaminants (oxygen, moisture) which can drive corrosion.

“We are extremely excited to partner with Prasa,” Peter Poulin, CEO of GRC, said. “Driven by the recent data localization laws and the Digital India campaign, the Indian data center market is rapidly becoming one of the largest in the APAC region.

“However, the rapid growth combined with new-age applications such as AI, 5G, Edge, and the growing popularity of cloud solutions, present new challenges for data center operators,” Poulin continued. “We are confident that with our technology and Prasa’s expertise, we will be able to deliver robust solutions to help customers cut costs and better navigate the upcoming changes.”Earlier this year, the Uptime Institute's Nandeshwar Kumar Singh told DCD that demand for new data centers in India is huge, driven by the hyperscale facilities that hyperscale giants such as Amazon Web Services, Microsoft, Google Cloud and Alibaba Cloud typically demand to power their services.

The second most populous country in the world has a surging population that is on track to overtake China around 2024, and has a correspondingly large 699 million Internet users to match.

Of particular note is the Personal Data Protection Bill, a proposed law that could force companies to keep Indian users' data within the nation's borders. But it is yet to be tabled in Parliament, and may change as it comes closer to reality.