Taking the company's stake in the state to $3 billion

Google will be investing a further $600 million into its Pryor, Oklahoma campus as part of its plan to pour $13 billion into its US data centers this year.

This expansion marks the company's fourth extension for the site and brings Google's investment in Oklahoma to $3 billion. 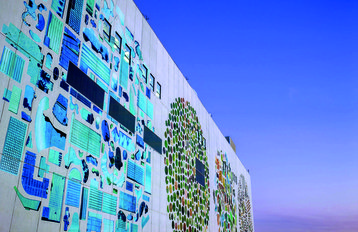 Announcing the expansion at an event in Oklahoma yesterday in remarks later edited into a blog post, Google CEO Sundar Pichai said: "When Google proposed building a data center here in 2007, you welcomed us with open arms. And that optimism is what’s made it possible for Google to continue our expansion in Pryor in the years since—not once, not twice...but three times. Today’s announcement will make it four."

The company also announced that it will be breaking ground on a new data center in Midlothian, Texas tomorrow.

Google has not given details on the scale of the expansion, but based on previous investments in the campus we can expect it to be a substantial addition to the tech giant's already massive data center complex in the state.

The most recent expansion of the site was in 2018 when Google spent $600m to add a four-story facility to the campus.

In 2016 the company broke the $2bn investment mark in the state by adding another data center of an undisclosed size.

Google's expansions in Oklahoma don't always involve building a new facility. In 2013 the company added to the campus by purchasing a disused Gatorade factory and retrofitting it into a data center.

The company has also invested in renewable energy in the area. In 2011, Google financed construction of a 100.8MW wind farm within the state.

Then in 2015, Google entered into two 200MW PPAs in the area, partnering with Renewable Energy Systems Americas Bluestem project and the EDF Great Western wind project for the energy offsets.

Speaking to local news site KJRH, Kevin Stitt, Governor for Oklahoma said of the expansion: "With an investment of over $3 billion, I look forward to seeing how the expansion of the Google data center will help diversity our strong economy and foster a pro-growth environment both in Mayes County and statewide."

Pichai also announced that this expansion will bring 100 more jobs to Pryor, making the total amount of jobs created in the area to 500.