Bringing investment in the Saint-Ghislain campus to €1.6 billion ($1.79bn)

The investment in the Belgian campus will be Google’s largest in the country to date and construction is expected to finish in 2021. 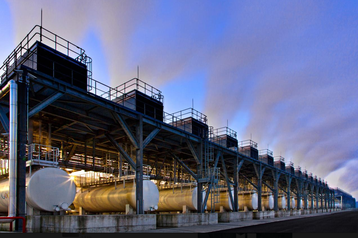 Google’s third data center on the campus is still under construction and is due to open by the end of this year. Local business publication De Tijd reported last year that the tech giant spent €250m ($280m) on the facility.

This fourth data center will bring Google’s total investment in the campus to €1.6 billion ($1.79bn).

Interim Prime Minister of Belgium, Charles Michel, said: "This new investment in Saint-Ghislain is excellent news for Wallonia and Belgium and confirms our digital pioneering position acquired in recent years. Our country plays a leading role in Europe in developing the growing digital economy that creates many jobs.

“Our know-how and skilled workforce is driving service providers such as Google and many start-ups to continue investing and growing here."

Less than a week ago, Google invested €600m ($670m) to build a second data center in Hamina, Finland. The tech giant’s original Finnish facility opened in 2011, making it Google’s second European data center. In 2013 Google invested €450m ($504m) to nearly double the size of the facility.