Company celebrates 6,000 employees in the nation

Google has opened a new data center in Ireland today to house information on the corporation’s European, Middle Eastern and African operations. 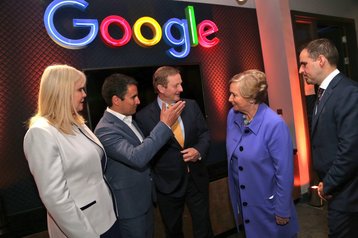 At the time, Google Ireland’s head of operations Ronan Harris said: “Ireland… is a wonderful place to base ourselves and do business. Every time we’ve wanted to expand and grow, we’ve been able to find the talent and infrastructure that we needed.”

Ireland has become a choice location for many data center operators, most recently with JCD Group planning to build a $225 million center in Cork, and Apple planning (or at least hoping) to build a $950 million Galway data center.