Cooling by salt water - without tears

Google has launched a $200m data center in Hamina, Finland, whose cooling system uses cold water from the Baltic Sea to save electricity.

The Internet giant opened the data center, which was at the site of an old paper mill, over the weekend, the Wall Street Journal reported. Al Verney, spokesman for Google Benelux, told WSJ that a massive tunnel for seawater intake was already under the mill when Google bought it. 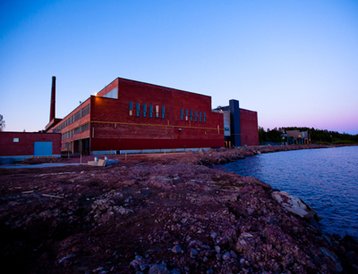 “We decided to reuse as much infrastructure as possible at the site, and found good use for this water tunnel,” Verney said. Water from the Gulf of Finland travels through the tunnel to an adjacent heat-transfer station, which was also already on site when Google purchased it.

Google bought the 60-year-old mill from a company called Stora Enso in March 2009. The company says the data center the mill was converted to is now one of the most efficient ones in its portfolio.

More than 2,000 construction workers, working for 50 companies, worked on the project. The facility is now permanently staffed by about 90 people, most of them Finnish.

Google said it chose Hamina as a home for the data center because it had “the right combination of energy infrastructure, developable land and available workforce”.