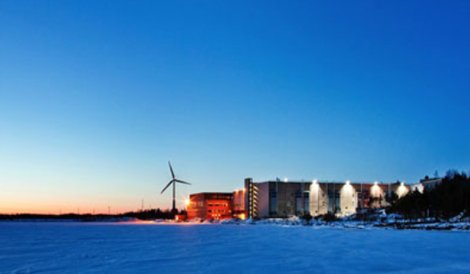 The lone windmill seen alongside Google’s Hamina data center in Finland no longer offers a true representation of the internet giant’s relationship with wind power in Europe.

Today it signed a deal with Nordic wind farm operator Eolus Vind AB to purchase all electricity generated by 29 wind turbines that will be sited in four locations in Southern Sweden to offset power use at the Hamina data center.

That deal was also for ten years, and under such O2 committed to building a 72MW wind farm in Northern Sweden.

Eolus Vind’s wind farms will be sited in the Hjo, Tanum, Laxa and Falkenberg municipalities in Sweden.

Google will not be using energy created by the wind farms direct, but that does not mean location for ongoing supply to the grid has not played a part in these deals.

Eolus Vind said that Google can ensure grid supply is ongoing by having the wind farms sited in different locations, but all operating under the one deal.

The new deal with Eolus is expected to offset 59MW of energy for Google, helping it to get closer to its goal of carbon neutrality, much of which it is achieving through efforts to offset its energy use using renewable generation by third parties.

Last week Google also announced it was carrying out a similar project in Texas, investing US$75m in a massive wind farm being developed in Texas.

The 182MW wind farm in the US is expected to come online before the end of the year.

Its first Texas wind investment – a $200m equity stage in a 161MW project – was made exactly a year before its second.

Google has been investing heavily in its Hamina data center since it launched in September 2011.

In November it said it will be putting a further EUR$450m into the Hamina facility to add capacity for its European operations.

While it did not say exactly how the money would be spent, Google did say the facility would double in size.