After complaining about holiday pay

A Google data center contractor who was fired after nine days for being "ungoogley" has filed a complaint with the National Labor Relations Board. 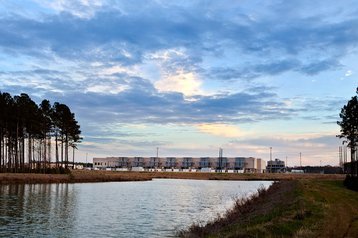 Carne claims that on her second week on the job she was at a meeting with managers to discuss upcoming schedules. There she learned that employees who worked shifts over a holiday period were entitled to double pay - but only if they had worked there for at least six months.

“I basically said, ‘That’s bulls---,’” she told Bloomberg. That evening, a Modis manager sent her an email calling her behavior “unacceptable and ‘ungoogley.’”

Carne turned to the Alphabet Workers Union, which launched earlier this year and has been pushing for temps, vendors, and contractors (TVCs) to receive the same benefits as Google employees.

The union, an affiliate of the Communications Workers of America, told the National Labor Relations Board that Carne was exercising legally protected speech during the meeting in November.

The AWU previously supported another Modis contractor, Shannon Wait, who was fired for complaining about how the company treats and pays TVCs. Google settled that complaint, at the same data center, and agreed not to silence workers discussing pay.

However, in a six-month investigation where DCD spoke to Wait and several other current and former TVCs and Googlers, we learned that it was still trying to stop workers from discussing pay - an action which is against US laws.

Wait was eventually given her job back, but did not want to return. Modis contractors are also given maximum terms of two years, and she was near the end of it.

Carne, however, told Bloomberg: "I just want my job back,” said Carne, who had moved from Michigan to take the role. “It felt like the winds were taken out of my sails.”