​Google buys another 131 acres in Denmark, says it has no plans to build anything

Google has made its second purchase of land in Denmark, this time in the municipality of Aabenraa, located in the southern part of the country.

While the company hasn’t dismissed the idea of building a data center on the 131-acre site, it said it has no plans to do so at present.

In June, Google used a subsidiary to buy a 181-acre property in Fredericia, 75km north of Aabenraa, also on the Jutland peninsula, stating at the time that it did not have any immediate construction plans, but that the location would be useful if the company was to expand its European operations. 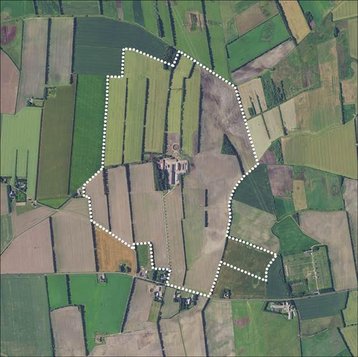 The purchase follows years of negotiations with the Aabenraa Municipality and the Invest in Denmark initiative, that seeks to attract major data center players with the backing of the city council. Aabenraa previously changed its district planning policies to simplify the data center development process.

The municipality’s mayor, Thomas Andressen, said: “I am pleased and proud that Google has chosen Aabenraa Municipality. It confirms that we have the potential to become a data centre cluster for the world’s largest IT companies. We have direct access to the main European networks of sustainable electricity and high capacity data connections to the entire world. And we have a local government able to handle the needs of foreign investors professionally.”

“Aabenraa Municipality already has a strong position within health, education and logistics via the new super hospital, the newly built Campus Aabenraa and Padborg as a main Northern European transport and logistics hub.”

Though Google’s plans aren’t definite, the choice to buy in Denmark follows an industry trend: Apple recently laid out plans to build a second facility in the country, with its first, in Viborg, due to for launch before the year is out, and Facebook is building a 55,000 sq m (592,015 sq ft) data center in Odense.

This is partly due to local councils, such as those of Aabenraa and Fredericia, working hard to attract data center projects, but also to the country’s affordable land, abundance of renewable energy sources, perfect climate for free cooling and geographic position that offers low latency to major European cities.