One of three private cables for Google

Google has confirmed the Curie cable connecting California to Chile has been successfully tested and the tech giant will now get on with plans to branch off to Panama.

The 10,500km/6,500 mile-long Curie delivers 72Tbps of bandwidth across four fiber pairs to South America. Curie landed in Valparaiso in April and was the first submarine cable to connect to Chile in 19 years.

SubCom, the submarine cable company responsible for Curie, will now install the branching unit that will land in Balboa, a district in Panama City.

A Google spokesperson said: “We are excited to announce we're adding the first Curie branch into Panama. 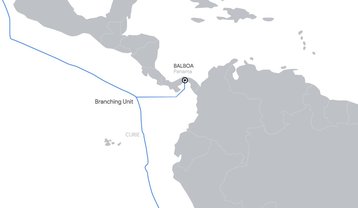 Curie branching off to Panama – Google

“Once operational, this branch will enhance connectivity and bandwidth to Central America, and increase our ability to connect to other networks in the region, providing resiliency to our global cloud infrastructure."

Google has invested heavily in submarine cables, as part of a $47bn infrastructure spend between 2016 and 2018. In 2017, the Tannat cable was deployed connecting Uruguay, Brazil, and Argentina to its network.

Aside from Latin America, Google announced the construction of two other private submarine cables: Dunant, and Equiano.

Dunant is expected to be lit up in 2020 to connect the US and France, and Equiano will run between South Africa and Portugal from 2021. 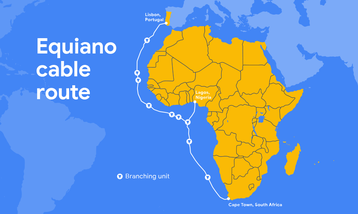 Equiano will also feature branching units to allow the cable to additionally land in the countries that it passes, much like Curie with Panama. SubCom will also design, manufacture and install Dunant on Google’s behalf, while Equiano will be built by European firm Alcatel Submarine Networks.

Earlier this year, Huawei and the Chilean government discussed the idea of a trans-Pacific cable between the continent and Asia, a move that has interested Japanese tech firm NEC. So far, the Chileans have put forward a $3m feasibility plan, with results expected by June 2020, after which it will potentially offer a new contract for the installation of the submarine cable.

Gloria Hutt Hesse, Chile telecommunications minister, said the cable would position the country as the “gateway for the entry of data to the region and as an attractive location to establish data centers.”

Chilean President Sebastián Piñera met with Huawei executives on a visit to China in April around when Curie landed in Chile. Huawei said Piñera had invited the company to participate in the project, Reuters reports.