Google and Facebook have announced a new submarine cable that will link up multiple Asia Pacific countries for more reliable access to Internet services.

The 12,000-kilometer-long Apricot cable system will connect Singapore, Indonesia, the Philippines in Southeast Asia, with Taiwan, Guam, and Japan.

Philippine telco PLDT is also a partner in the project, and will invest $80 million in the cable. 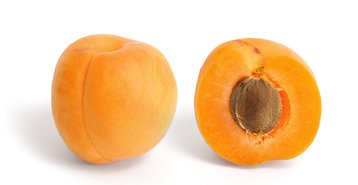 With an initial design capacity of more than 190 terabits per second, Apricot is envisioned to meet rising data demands in the region and support existing cable systems. The new subsea cable is expected to be ready for service in 2024.

Google says Apricot will enable a higher degree of resilience for Google Cloud and other digital services. It will function as a “complementary” cable alongside the Echo subsea cable announced earlier this year to support “multiple paths in and out of Asia.”

Scheduled for completion by 2023, the Echo submarine cable is built in partnership with Facebook and XL Axiata and lands in Singapore, Indonesia, Guam, and North America.

Google, Facebook, and Telim are also building the 15,000km BiFrost cable linking Singapore, Indonesia, the Philippines, Guam to the west coast of the US.

“Together [the cables will] provide businesses and startups in Asia with lower latency, more bandwidth, and increased resilience in their connectivity between Southeast Asia, North Asia, and the United States,” wrote Bikash Koley, a VP and head of Global Networking at Google Cloud.

News of Apricot was met with disappointment in some quarters in Malaysia. According to reports, insiders blamed it on the removal of a cabotage exemption put in place by former transport minister Anthony Loke.

The exemption allowed foreign-flagged vessels to repair undersea cables and is understood to significantly speed up cable repairs. The status quote would require such vessels to apply for a domestic shipping license before commencing work – which can take up to 100 days.

Google has been granted conditional approval to build and manage hyperscale facilities in Malaysia, but has so far not decided to land in Malaysia.