Plans to build and buy $1.5 billion of properties round the world - starting in Poland

Goldman Sach's merchant banking division has hired a top data center management team and given it $500 million to join the infrastructure boom. Its first investment is in a Polish data center business, ATM.

Global Compute will build and buy data centers in North America, Europe, Asia Pacific, and Latin America. The Goldman Sachs investment, from its Wall Street Infrastructure Partners fund, will enable $1.5 billion in acquisitions and development. It will be led by Digital Realty co-founder Scott Peterson, along with several other former Digital executives. 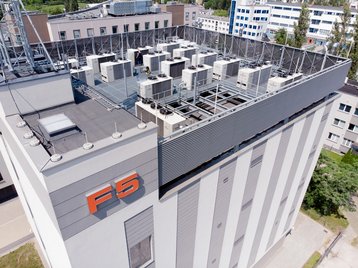 CEO Scott Peterson led investment at Digital Realty, from its founding in 2004. This amounted to some $17 billion in deals in 14 years, at what became the largest data center builder in the world. Peterson left the company in May 2018. The COO, Christopher Kenney, is another co-founder of Digital Realty, having served there until July 2019.

Global Compute will be led in Europe by Stephen Taylor, previously DLR's senior executive in EMEA.

The company's first acquisition is ATM SA, a Polish data center, and communications infrastructure business. Global Compute is buying ATM from a consortium of funds managed by MCI Capital and Mezzanine Management. Under the Atman brand, ATM runs three data centers in Poland totaling 42MW: WAW-1 and WAW-2 in Warsaw, and KTW-1 in Katowice; Global Compute's announcement says it will build on this to position the company to serve growing needs in Poland and across central Europe.

“Goldman Sachs is the perfect partner for us as we pursue global investment opportunities in the data infrastructure space,” said Peterson in the release. "Our initial investment in ATM S.A. is an ideal illustration of this collaboration. We are extremely enthusiastic about our partnership with Goldman Sachs enabling us to provide creative solutions for our global customers.”

This year has seen a stream of new big investments in wholesale data centers. In May, KKR put $1 billion into founding Global Technical Realty, under serial entrepreneur Franek Sodzawiczny. In August, Stonepeak put $1 billion into Digital Edge, a new APAC data center provider starting out with facilities in Japan. Equinix, backed by funds from GIC, set up a $1 billion hyperscale operator in Japan, in April. This followed the pair's previous billion-dollar investment in Europe, set up in October 2019.