The Greater London Authority is consulting to find new ways to plan for electrical capacity, after revealing that demand from data centers has blocked large housing developments in three West London boroughs for up to ten years.

The Authority has issued a note detailing planning constraints, which explains that in certain parts of the city all capacity is already earmarked, thanks to bottlenecks in the distribution networks run by National Grid Electricity Transmission (NGET) and local provider Scottish and Southern Electricity Networks (SSEN), combined with a "first-come-first-served" planning process. 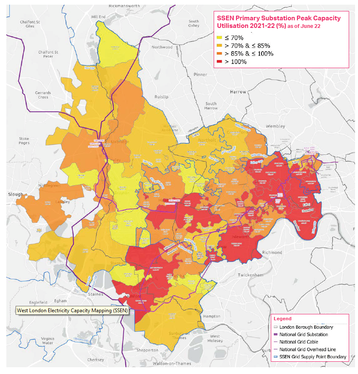 At the same time, builders and data centers have denied there is any problem.

The issue has been likened to a "slow-moving car crash" by people within the industry. A typical data center will use 50MW or more of power, which is the equivalent of 5,000 to 10,000 homes. A few years ago, data center building was relatively easy to plan around, as projects were planned in advance, and took some time to construct.

Now hyperscale construction happens at a much quicker pace, in larger volumes. The planning progress forbids speculative provision of capacity, so operators must present projects one at a time, to SSEN, which operates a queuing system for new connections.

According to the GLA, connections are "prioritized based on placement in the queue on a first-come, first-serve basis." If the projects are then constructed quickly, the new capacity gets used quickly.

This queueing system may be the root of the problem, but GLA says it is "an established regulatory process, as aligned to DNO Licence Conditions that are set by Ofgem." It is consulting on a better approach.

Some spokespeople have played down the problem. for instance, a spokesman for the Energy Networks Association called it “an isolated circumstance caused by a quick and concentrated expansion of demand from a localized growth in data centers, far higher than forecast.”

Michael Winterson, managing director of Equinix and chair of the European Data Centre Association (EUDCA), argued that data centers are necessary: "The economy is digitizing (a good thing both for jobs and sustainability) and this will drive demand for data centers that are the hubs of the digital economy. However, the economy needs to electrify very rapidly to achieve its sustainability targets, and both of these are what is putting pressure on the grid."

EUDCA is engaging with national and EU governments for policies and action, said Winterson: "Another interesting element is that micromanaging demand could be a way to get efficiencies in the electricity grid – this will require the investment into a smart grid."

Hillingdon Council has said it is confident new homes can be built, according to Construction Management. 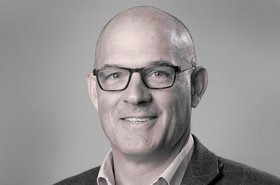 West London's issue is the demand for digitization

“This is a somewhat scaremongering story which has blown the reality of the situation out of proportion," said Cllr Eddie Lavery, Hillingdon Council cabinet member for residents’ services. “We’re not aware of any housing schemes planned for the borough being affected. There is also evidence that power capacity has been reserved for developments that may never take place and this latent capacity should be made available to schemes that will be delivered."

The Home Builders’ Federation said that blocking housing was “not proportionate." It joined the GLA in calling for central government action.

The GLA has also clarified that the problem does not affect "all housing" but only developments bigger than 25 residential units. Other applications, such as vehicle charging points and heat pumps can likewise be considered.

Ultimately the GLA says "SSEN and NGET will upgrade their networks to support the increased electricity demanded in the region in order to accommodate new connections requests for other uses, including housing and commercial developments, and cumulative impacts of low carbon technologies such as heat pumps and electric vehicles. Additional connections may also be provided to more data centers, dependent on their positioning in connections queues."

However, it warned that these upgrades "will take many years to complete, due to project complexity, planning horizons and technical feasibility (linked to the voltage of the upgrades, and the need to plan outages). Most of the upgrades are focused on the transmission network, including NGET substations such as Iver, Willesden, Laleham, and North Hyde. SSEN will program its distribution network upgrades to coincide with upgrades on the transmission network."

In the meantime, "developers are strongly encouraged to contact SSEN early in their planning processes to understand the implications of the constraints and reserve their place in the queue to ensure the earliest possible connection date."