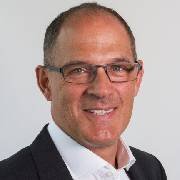 Michael Winterson joined Equinix in September 2007 through the acquisition of IXEurope. During his time at Equinix, Michael held the positions of both Vice President of Marketing and Vice President of Sales, before moving into his current role as Managing Director Equinix (Services). He created the EMEA Business Development team to align with Equinix’s Strategy, Services and Innovation division.

Before working in Equinix, Michael was part of the start-up management team of IXEurope, which began in 2000. He brings over nearly two decades of data centre services experience and held various senior positions in-country management, sales and marketing.

Before IXEurope, Michael was involved in two other technology start-ups in Europe that were eventually sold to the US and Japanese companies.

He holds a Bachelor’s Degree in Economics and French from Northwestern University and a master’s degree in International Economics from the Graduate Institute – Geneva.