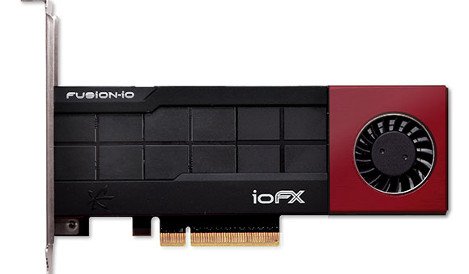 The company did not explain why the two top execs, who were also its co-founders, had left their posts so abruptly, saying only that they would move on to “pursue entrepreneurial investing activities” together. Flynn and White will remain on Fusion-io's board and will advise the company for the next 12 months.

Board director Scott Sandell thanked the outgoing execs in a statement. “David and Rick’s vision as co-founders has redefined memory technology and had a profound impact on our industry,” he said.

“They played an important role in taking the company public and developing a strong framework from which Fusion-io can grow to the next level.”

Robinson, 59, served as executive VP and chief strategy and technology officer at HP from 2002 until 2011. Prior to that, he has held a number of senior business-management and product-development roles at companies including AT&T, Apple and Cadence Design Systems.

“Shane’s understanding of our business, significant international experience, and deep industry and partner relationships make him ideally suited to lead Fusion-io as we seek to accelerate the company’s strategic and financial goals to enhance shareholder value,” Sandell said.

This is a second C-suite-shake-up announcement Fusion-io has made this month. On 1 May, the company appointed former Compaq and HP man Pankaj Mehra as it CTO, replacing Neil Carson who moved on to the CTO and VP role for the company's Asia-Pacific business.

Fusion-io made about US$88m in sales for its third fiscal-2013 quarter ended 31 March and reported a net loss of $0.21 per share for the quarter.