The upgrade increases performance of the AI research computer from four half-precision petaflops to 54. The system itself is located at Fujitsu’s data center in Yokohama, Kanagawa Prefecture, just southwest of Tokyo. 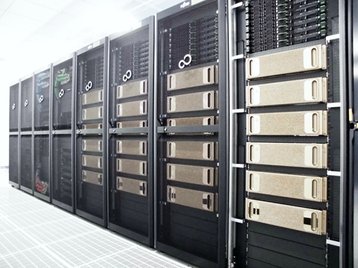 Raiden’s first deployment featured 24 DGX-1 servers from Nvidia, each sporting eight P100 GPUs, but that has been upgraded to 54 newer DGX-1 servers with the latest V100 GPUs.

Nvidia’s V100 GPUs were upgraded only last month, and, as such, have had a limited supercomputer deployment, with Raiden likely its largest installation so far. As Top500 notes, Raiden will soon be topped by Japan’s AI Bridging Cloud Infrastructure (ABCI) supercomputer.

Also deployed by Fujitsu, ABCI will be the fastest supercomputer in Japan when it launches later this year, with 4,352 V100 GPUs set to help it deliver 550 half-precision petaflops.

Both systems will be used to further research and development in artificial intelligence.