Fujitsu will build the fastest supercomputer in Australia named 'Gadi,' which means 'to search for' in the language of the Ngunnawal, the traditional owners of the Canberra region.

The new supercomputer will be housed at The Australian National University in Canberra, and will be operated by the National Computational Infrastructure (NCI).

Gadi will replace the Raijin supercomputer, deployed by Fujitsu in 2012 as a 1.67 petaflops system. 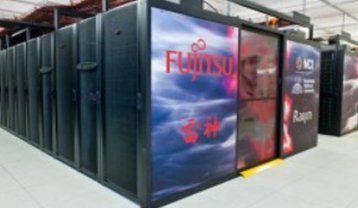 There is no word on the exact peak performance of Gadi, but it claims a tenfold improvement over Raijin, suggesting a 38 petaflops performance.

The upgrade to a new supercomputer was made possible with AU$70m (US$48m) in Australian government funding under the National Collaborative Research Infrastructure Strategy (NCRIS).

High-performance NetApp enterprise class storage arrays will make up the underlying storage sub-systems, all of which will be clustered together in a DDN Lustre parallel file system delivering terabyte scale data transfer speeds.

“The upgrade of this critical infrastructure will see Australia continue to play a leading role in addressing some of our greatest global challenges,” Professor Brian Schmidt, Vice-Chancellor at the Australian National University, said.

“This new machine will keep Australian research and the 5,000 researchers who use it at the cutting-edge,” Professor Schmidt added. “It will help us get smarter with our big data. It will add even more brawn to the considerable brains already tapping into NCI.”

The head of Fujitsu's local division noted the long standing relationship the Japanese firm has with the Australian National University.

“We look forward to renewing and further invigorating our long-standing relationship with ANU and NCI, which includes the commissioning of Raijin and also dates back as far as the 1980s with the commissioning of one of The Australian National University's first supercomputers,” Mike Foster, CEO of Fujitsu Australia and New Zealand, said.