Flexenclosure has completed construction of a modular data center for Millicom’s Tigo operation in the Nicaraguan capital of Managua.

Like all of Flexenclosure's modular eCentre data centers, the building is manufactured in the company’s Swedish plant before being shipped to the final construction site. This one is intended to support the expansion of the Luxembourg-based telco in Latin America. 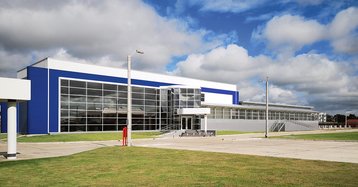 The Managua facility is specially designed to deal with the high amounts of seismic activity in the area. eCentres also allow for modular expansion from 100kW to 10MW, but Millicom has not stated the power capacity of its facility. When announced, it was meant to be delivered in the third quarter of 2018.

The facility is also built to meet Uptime Institute’s Tier III concurrently maintainable site infrastructure standards. If it does receive this certification, it will become the first Tier III facility in Nicaragua.

In addition to the new Nicaraguan facility, Flexenclosure has already delivered modular data centers to Millicom/Tigo in Paraguay, Colombia and Bolivia, and has two more facilities in the works for Honduras and El Salvador as part of Millicom’s $68 million investment in Latin America.

Flexenclosure not only manufactures the data center modules but also provides ruggedized power systems to its customers, most of whom are telecommunications providers in developing markets.

The company was founded in 1989, and since then has deployed 43 eCentres in 27 countries, with recent projects focusing on Latin America.