Fertility app Proov has kicked off an expensive cloud migration due to increasingly aggressive anti-abortion laws in some US states.

The company decided to shift from Amazon Web Services and Microsoft Azure to Google Cloud as it feels Google's data center is in a state it feels it can trust.

Proov sells ovulation test strips, with users then uploading the data so that the company can calculate hormone values and ovulation scores. The company says that it does not sell user data, though serious concerns have been raised that some period tracking apps do just that. 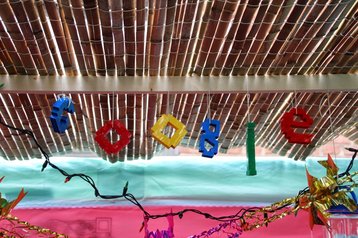 Proov told Protocol that it began planning the move when a leak revealed that the Supreme Court was planning to overturning Roe v. Wade, the historic 1973 court decision which had enshrined the legal right to an abortion in the US.

Abortion bans in Alabama, Arkansas, Kentucky, Louisiana, Missouri, Oklahoma, South Dakota, and Utah went into effect as soon as the court ruling was made.

In some states, helping a woman have an abortion could lead to more than a decade in prison. Apps such as Proov could be used to show that someone has had an abortion.

“As things change and the environment changes, things that were safe before aren’t safe anymore,” said Amy Beckley, founder and CEO of Proov.

Not only is the migration itself expensive, operating its workloads on Google Cloud is "slightly more expensive" than on AWS, the company said.

But the added cost and work was worth it, the company argues, because Google offers what the other cloud providers do not - a data center in Nevada.

The company predicts that the state is unlikely to pass restrictive abortion laws, keeping the data safer from state attempts to access fertility information.

However, states can still request data from companies doing business in an abortion-prohibited state, even if the data is stored elsewhere - it is just one extra step.

“To have another option domestically would seem to expand our choices if we need to be nimble moving forward with Nevada. And when you're talking two versus three viable options, it is significant, so that was something that informed our choice to move to Google,” Proov CTO Jeff Schell told Protocol.

“We are less likely to be subject to subpoenas to produce the data of our consumers.”

The company also believes that Google's cloud privacy policy is slightly stronger than AWS'; telling government agencies to send data requests directly to companies, rather than simply fulfilling them.