The US Federal Communications Commission (FCC) has labeled Kaspersky, China Mobile, and China Telecom as threats to national security.

The regulator last year designated five Chinese companies, including Huawei and ZTE, as the first firms on the list, created under 2019 law. 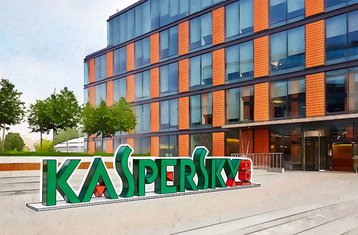 Cybersecurity and antivirus company Kaspersky is the first Russian firm to be listed as a national security threat. The US has long claimed that Kaspersky antivirus could be used by the Russian government for spying, and banned it from federal networks in 2017.

In 2015, an NSA contractor took highly sensitive data home and kept it on a computer running Kaspersky software. Hackers working for the Russian government used the software to gain access to the data - but Kaspersky said at the time it had been hacked. The company has long denied any ties to the state.

UK, Lithuanian, Dutch, German, and Italian governments have all legislated or advised against using Kaspersky in government networks.

In 2020 Kaspersky announced it had moved storage and processing activities from Russia to Switzerland, operating out of two facilities in the country.

The US did not mention Russia's ongoing invasion of Ukraine in its move to designate Kaspersky a security risk, although President Biden has warned of potential cyberattacks on US infrastructure due to the war.

The Chinese Embassy in Washington said that the FCC "abused state power and maliciously attacked Chinese telecom operators again without factual basis. The US should immediately stop its unreasonable suppression of Chinese companies."

It added: "China will take necessary measures to resolutely safeguard the legitimate rights and interests of Chinese companies."