Facebook will extend one of the buildings in its Altoona data center cluster, after three previous expansions at the Iowa location.

Selfies from when you were young 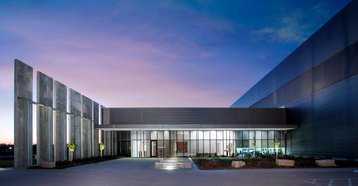 This fourth expansion is the latest from Facebook’s “construction teams who have worked onsite since 2013,” Brice Towns, Altoona data center site manager said in a Facebook post.

They said: “The data centers are equipped with less than one-sixth of the power available to our traditional data centers, and, when fully loaded, can support up to one exabyte (1,000 PB) per data hall.

“Since these facilities would not be serving live production data, we also removed all redundant electrical systems — including all uninterruptible power supplies (DCUPS) and power generators, increasing the efficiency even further.”