The company will spend $400 million build a fifth facility in the city, where it has been operating since 2015. The one million square foot (92,903 sq m) building will be aided by an agreement, signed on Monday, under which the city will waive property taxes for 20 years, according to the Des Moines Register, which originally broke the news of the expansion. 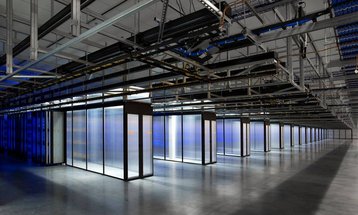 The new H-shaped building will be on a site where Facebook already has smaller data centers, and a seemingly-continuous program of expansion. Another million-square-foot building is already under construction. Facebook first set its sights on Altoona in 2013, and started construction there in 2014.

Although Facebook is exempt from 20 years' property taxes on the new building, the Des Moines Register reports that it will actually pay the equivalent of 60 percent of those taxes through a different method. Once the data center is operational, Facebook will pay about $3 million per year ($3 per square foot) for the remainder of the 20-year period. These same terms are available to Facebook for any future developments during the next 20 years.

Facebook will also improve the water infrastructure, paying $500,000 to have a new pumping station built, which will boost water pressure at the data center and also at nearby shops and land which has yet to be developed.

Before the hearing, the council kept the terms of the agreement secret, thanks to a confidentiality agreement with Facebook. The Des Moines Register spotted that the application fort he so-called Sequelant facility was filed by a shell company called Siculus, which had previously been used by Facebook for other projects in the area.

Other Altoona businesses, including a concrete business, have criticized the tax break, but Altoona City Council has defended them, saying Facebook currently has created contracting jobs, with more than 1,100 people building its latest phase.

This project will make Facebook the second-highest revenue-generating business in Altoona, said city administrator Jeff Mark, and future expansions could make it the highest.

Facebook first announced its plans to build a data center in Altoona in 2013. Since then, the company has invested nearly $1.5 billion to develop the site and has increased its footprint to 2.5 million square feet of building space.