Facebook and Amazon have asked the US government to approve a proposed 12,000km submarine cable between the Philippines and California, now that China Mobile has exited the project.

The three companies previously pitched a cable connecting San Francisco and Hong Kong but hit regulatory hurdles due to US concerns about Chinese involvement, and the collapse of Hong Kong's independence.

The cable bid was withdrawn, as was a Google-Facebook project from Los Angeles to Hong Kong, as US regulators have become increasingly aggressive. 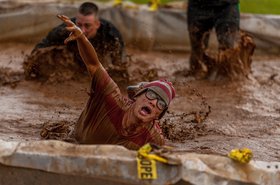 China: "The US is not qualified to build a coalition of 'clean countries' because itself is dirty all over"

Effort to build an Internet without Chinese companies labelled "bullying"

In early 2020, President Trump issued an executive order to establish a committee to review foreign participation in the US telecom services sector, known informally as 'Team Telecom.'

That group, funded by the Department of Justice and working with the Federal Communications Commission, has pushed to block any direct cables to the Chinese mainland, or Hong Kong, and to push Chinese partners out of cable projects.

As part of the Trump-era 'Clean Networks' plan, the US has said it needs to use 'clean cables' and ensure "undersea cables connecting our country to the global internet are not subverted for intelligence gathering by the People's Republic of China at hyper scale."

In response to this, China Mobile has dropped out of the cable project it had originally planned to develop with Amazon Data Services Inc. and Facebook subsidiary Edge Cable Holdings USA.

The six fiber pair CAP-1 cable can theoretically support 108 terabits per second, and is expected to be live in late 2022.