Company says Brexit one of the reasons for leaving current facility in Basildon, UK

Europe’s largest stock exchange has completed the acquisition of the Borsa Italiana Group, and confirmed it will be migrating its data center from the UK to Italy.

Euronext has been considering a move for several months, with Euronext CFO Giorgio Modica saying an earnings call in February the company was doing “preparatory work” on basing all of its physical infrastructure at the group level in Milan. 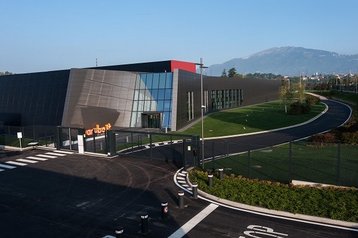 “We are exploring in a very detailed and precise manner, the migration of our data center, which is located today in London, which we want to migrate to Milan,” he said.

The Italian market regulator Consob gave the green light to the €4.4 billion ($5.39bn) deal - first announced in 2020 - earlier this month. And with the closing of the Borsa acquisition from the London Stock Exchange, Euronext will be leaving Ice Data Services’ data center in Basildon and relocating to an Aruba facility in Bergamo, just outside Milan.

“The migration is being planned in response to multiple factors, including the acquisition of the Borsa Italiana Group, the dynamic created by Brexit and a strong rationale to locate the Group’s core data center in a country where Euronext operates a large business.”

The company says the first part of the Group’s core migration is set for 2022. Borsa Italiana markets will be migrated onto the Optiq trading platform by 2023.

Euronext CEO Stephane Boujnah said Euronext had considered moving its data center to Paris or Amsterdam, but had settled on Bergamo following the deal with Borsa Italiana.

“Post Brexit we decided this infrastructure was so critical, we didn't want to take any risks... and decided to relocate it within the European Union,” he said.

Risk.net previously reported one of the reasons for the move was the high rent demands from IDS.

Update: Stefano Cecconi, Aruba SpA CEO, told DCD he was "extremely pleased" that Euronext has chosen its facility as their next core data center provider.