The long-awaited 'Ethereum Merge' has completed, shifting the cryptocurrency from a proof-of-work system to a proof-of-stake one.

That means that the world's second largest cryptocurrency no longer needs large banks of GPU farms consuming electricity on pointless calculations to operate, drastically reducing the carbon footprint of the currency. 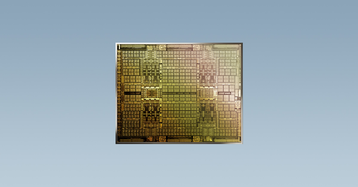 "Happy merge all. This is a big moment for the Ethereum ecosystem. Everyone who helped make the merge happen should feel very proud today," tweeted Ethereum co-founder Vitalik Buterin.

Ethereum mining used as much as 72 terawatt-hours a year of energy a year, according to economist Alex de Vries. He estimates the merge will reduce the carbon emissions linked to Ethereum by more than 99 percent, and represent 0.2 percent of the world's electricity demand disappearing in one go.

The stats are estimates, and miss the fact that an unknown number of Ethereum miners have switched to mining other proof-of-work currencies, including Bitcoin, Ethereum Classic, Ravencoin, and Beam.

Still, others have quit the game entirely - with crypto prices down heavily since November highs, the merge long-planned, and other currencies not offering the same returns as Ethereum.

"GPU mining is dead less than 24 hours after the merge," Bitfarms chief mining officer Ben Gagnon tweeted. Second hand GPUs have begun to flood the market over the past few months.

In this version of Proof-of-Stake, Ether investors lock up their tokens in digital wallets that give them a return for not taking them out. Other PoS cryptocurrencies like Chia have caused issues in hard drive markets.

Ethereum, currently worth about $200bn, plans to roll out further updates in the coming years that will allow it to support more transactions, make it more decentralized, and cheaper to use.