Keeping up with the cryptocurrencies 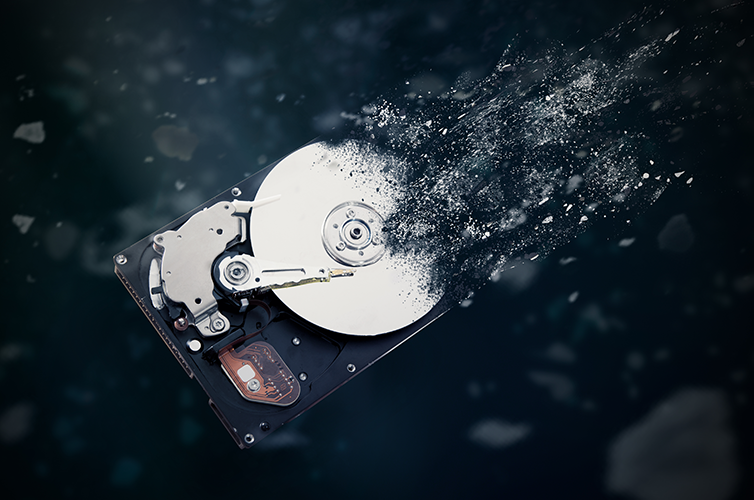 As I write this, cryptocurrency markets are going through yet another brutal crash. By the time you read this, who knows? Perhaps the decline has proved permanent, or perhaps it has rebounded to new heights, gaining new astronomical valuations on the back of an Elon Musk tweet.

Throughout this, the immense energy requirements of crunching pointless math to mine the virtual token have burned through untold mountains of coal, oil, and natural gas, leading to emissions matched only by nation-states.

It has proved a fundamentally broken and destructive model, devouring all in its path to produce something with no inherent value. Its assumed value, meanwhile, has fluctuated erratically, making and breaking millionaires in a matter of moments.

There’s another way, say proponents of a new form of cryptocurrency. One that would require far less power, would leave chip markets unscathed, and would harness an underutilized resource: Storage.

Cryptocurrency stalwarts like Bitcoin, Ethereum, and Dogecoin all rely on proof of work - that is running calculations on GPUs and ASICs to mine coin. New currencies like Chia and FileCoin rely on miners filing storage space with random numbers. The Chia blockchain comes up with its own random number, and the winning miner is the one who has the closest match.

Chia describes this as “proof of space and proof of time” but essentially the more hard drive space you have, the more random numbers you own, and the greater your chance of winning.

"The way that the execution happens in the consensus algorithm is now not based on a work calculation, but instead based on a space and time calculation," Jason Feist, Seagate's VP of engineering and leader of emerging products and solutions, explained.

"First and foremost, you take a device, and you have to plot the space. Plotting is very much like agricultural farming, you have to go out and define how big the plot is, what information should be there."

For Chia, each plot needs to be roughly 100GB. "So the first instance of that plot is very write-intensive, you have to take random data, and you have to put it down on the device in predefined plots," he said.

“SSDs are super fast at doing that activity, but they also have write life and write duty cycle requirements that we need to be mindful of,” he said, adding that Seagate had been in conversation with the team behind Chia for the past three years.

“Because you can go really fast and you can burn through the terabytes written lifecycle of the flash cell itself.”

Indeed, following Chia’s release in May, reports swirled of it destroying consumer-grade SSDs, with miners recommended to use enterprise equipment.

At that point, it becomes a lottery. In May, Tom's Hardware calculated that a 10TB drive should give a miner odds of winning at 0.000257 percent, but this figure will change as the currency changes in popularity. Each day, there are 4,608 chances to win.

“The more plots you have, the more farming you can do, the higher probability of winning the proof occurs, and hence, then your ability to reap monetary rewards goes up,” Feist said.

Finally, the last piece to bear in mind is proof of time. “To ensure that you can't fake the system by just saying ‘I'm storing it’ when you’re not, there are functions that have to be allocated and calculated on the data that is stored in that plot.”

Chia sets a predefined function, and asks for that answer. “If you don't have that data, the predictability of that time response is out of bounds, you'll have to recalculate and do a whole bunch of math that will never show up within a prescribed window.”

Altogether, this makes for a large network that can operate on HDDs and SDDs, doling out Chia coin to those taking part.

"As Chia spread in popularity and awareness, shares in Seagate and Western Digital surged 19 percent and 24 percent respectively."

Created by BitTorrent inventor Bram Cohen, Chia was pitched as a system that could take advantage of the exabytes of unused storage already in circulation.

But it hasn’t worked out that way. Miners - who of course did not have those drives - turned to the open market. In May and June, large capacity hard drives went out of stock across Asia as Chinese miners pounced.

For the few places still stocking 4TB and higher drives, prices jumped more than 60 percent. It got so bad that the official newspaper of the Chinese Communist Party's Beijing Municipal Committee warned that it risked hampering storage-intensive state surveillance efforts.

In Germany, data center operator Hetzner Online banned crypto mining as demand spiked. "We have received many orders for our large hard drive servers," the company said (translated). "For this, however, large storage boxes are increasingly being rented. With storage boxes this leads to problems with the bandwidth on the host systems.

"With Chia mining, there is also the problem that the hard drives are extremely stressed by the many read and write processes and will therefore break."

The long term impact of mining on enterprise drives is yet to be seen. Creator Cohen says claims it damages enterprise-class drives are "just plain wrong... for the most part."

But it’s impacted the market, squeezing supplies to breaking point across Asia.

"We have a robust supply-demand process," Feist countered, when asked if Chia's success could lead to the struggles seen by Nvidia. "We've been dealing with ebbs and flows in the market for many, many years. We've experienced things as far back as the Thailand flood that changed the supply-demand curves many years ago."

It's not the only thing that has grown. As Chia spread in popularity and awareness, shares in Seagate and Western Digital surged 19 percent and 24 percent respectively. Both have since fallen a bit as they underperformed the market.

Chia, too, is currently on the decline. Since mid-May highs, its value - as measured by the dollar - has steadily fallen. It’s unclear if Chia will prove fruitful for investors over the long term, but at least in the short term it is reaping benefits for Seagate shareholders.

Feist is insistent that proof of storage will have a broader impact, ushering in new forms of digital ledger, with provenance-based blockchain mechanisms helping transform how we operate.

Similar claims were made when Bitcoin entered the scene in 2009, but have yet to find any real traction, with blockchain primarily found in limited marketing-friendly deployments.

Chia hopes to try again, with a less power-hungry take on the problem. But there are still power demands across the storage, compute, and networking used to operate Chia.

Then there’s the embedded carbon of building additional drives. "Manufacturing our drives uses energy and produces greenhouse gases," Seagate's latest environmental report states. "Our two largest sources of GHG emissions are purchased electricity and 'fugitive emissions,' or the unintended release of gases," it added, detailing steps to try to reduce the emissions.

In 2017, the company said that it released 15.04 million metric tons of CO2 a year. While it hopes to reduce that by 20 percent by 2025, the success of storage crypto could jeopardize or slow that effort.

At least it can be said that Chia is undeniably more energy-efficient than Bitcoin, with mining data centers more likely to look like cold storage than the ramshackle hot-houses Bitcoin is known for.

But it would burn far less energy if it didn’t exist at all.