Ericsson also revealed its Hyperscale Datacenter System 8000 - the first product in the world to be based on Intel’s Rack Scale Architecture - and part of the Ericsson Cloud System.

The joint announcements were made at Mobile World Congress (MWC) in Barcelona – the largest mobile event of the year which, this year, features several announcements aimed at the networks and data centers of telecoms operators. 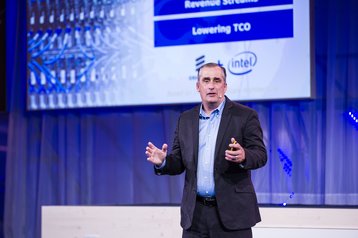 Servers, but not as we know them

Ericsson is one of the world’s largest manufacturers of telecommunications equipment, so an alliance with Intel – the world’s largest semiconductor manufacturer – could really move NFV forward. The goal is to help large telcos build the software-defined infrastructure they need to evolve their business models, lower costs and accelerate time-to-market for new services.

To achieve this, Ericsson Cloud System will rely on Intel’s Rack Scale Architecture and the related management and orchestration software.

Rack Scale is a disaggregated architecture where every individual component – processors, switches, hard drives and memory cards - can be replaced independently, and the whole rack behaves as one large virtualized server with shared cooling and power.

The components are connected to each other with a high-speed optical fabric. Intel believes that Rack Scale will be the big thing after next - following and subsuming microserver architectures such as HP’s Moonshot. To this end, it has been working hard to make the advanced semiconductor technology called silicon photonics - the centerpiece of Rack Scale - more accessible. And yet, despite heavy Intel branding the silicon photonics chipsets inside the HDS 8000 were actually developed by American optics expert Luxtera.

“Technology change is exponential in the ICT industry but investment in infrastructure cannot be. With Intel and other industry leaders we are bringing a hyperscale approach across both software and hardware, we are re-inventing the future data center concept from a total architecture and economics perspective,” said Hans Vestberg, CEO of Ericsson.

“It’s wonderful to see our companies pooling our talents and collaborating on such an innovative and world class solution,” added Brian Krzanich, CEO of Intel.

Hyperscale Datacenter System 8000 will be generally available in the fourth quarter of the year.

At the same event in Barcelona, Intel announced a strategic partnership on cloud technologies with Huawei. Meanwhile Alcatel-Lucent was showing its virtual Radio Access Network (vRAN) based on commodity servers built with Xeon processors, due to become commercially available in 2016. 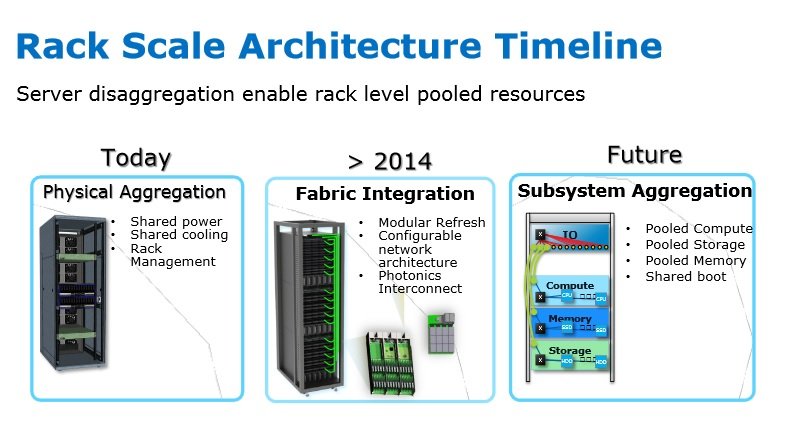