Moving into an existing building in Tai Seng... and now we know which one!

Equinix has announced plans for SG4, its fourth data center in Singapore. The brownfield development will increase colo capacity and add location diversity to the provider’s portfolio.

SG4 will be located in the Eastern part of Singapore at Tai Seng Industrial Estate, in an existing building that will be upgraded and redesigned to become a data center. The building will be owned and managed by Mapletree Industrial Trust (MIT), a Singapore-listed industrial real estate investment trust that previously built Equinix's third Singapore data center, SG3, in Ayer Rajah Crescent in the West of Singapore.

Although Equinix did not reveal the address we think we have tracked it down - with the help of a reader. 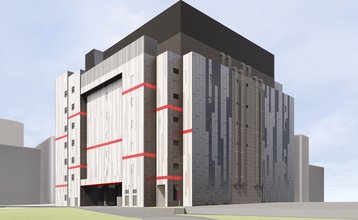 The completion of SG4 will improve Equinix's location diversity in Singapore: its three other data centers are all located in the Western part of Singapore, with the purpose-built SG3 sitting on the next block to the existing SG1 data center at Ayer Rajah Crescent.

Equinix says SG4 will be directly connected to its existing data centers via dark fiber links, offering interconnection between the 600 local companies on its network and more than 200 global networks.

To date, the three Equinix facilities comprises of more than 445,000 sq ft (41,400 sq m) of colocation space, with the completion of the final phase of SG3 late last year almost doubling the size of the facility.

“At the heart of digital business in Asia-Pacific, Singapore is a crucial hub for many organizations in the region, generating skyrocketing demand for cloud and interconnection services. With interconnection accelerating across the Asia-Pacific region,” said Samuel Lee, the president of Equinix Asia-Pacific.

“The new SG4 IBX data center will create more opportunities for businesses, both locally and regionally, to interconnect with their customers, partners and stakeholders to achieve digital success, further enhancing the digital economies across Singapore and the region.” 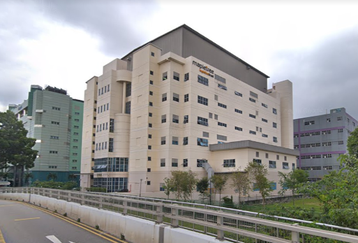 It's not clear what building Mapletree will be upgrading for Equinix's use, but DCD has spotted some very similar looking property in Tai Seng. After we published our initial guess, a reader has told us that the site in question is very likely 7 Tai Seng Drive, a building bought by Mapletree in June 2018, and which local sources said would make a good data center.

The site is seven stories tall and Mapletree said at purchase that it planned to lease it fully to "an established information and communication technology company" for an initial term of 25 years. The total cost to buy and upgrade the property was reported to be S$95 million (US$70 million), including the purchase price of S$68 million (US$50m) . 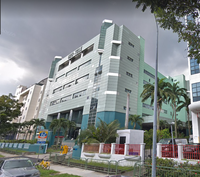 An earlier version of this story suspected the next-door building was the likely location. The Geo-Tele Centre on 9 Tai Seng drive bears a resemblance to Equinix's rendering. It is curently a carrier hotel, and is slated to become a data center in 2020. It has a gross floor area of around 219,000 sq ft (20.000 sq m) - it is not clear how much of that is white space.

However, it is owned by a rival REIT, Ascendas-Singbridge (bought from was Sabana REIT in September 2018), and it is currently only a six story building.

Both properties are opposite 19 Tai Seng Drive, which is another Mapletree property.

If you have any tips or additional information about any story on DCD, we would love to hear from you.