New AM4 facility will arrive in Amsterdam Science Park

Equinix has announced it will build new a $113m new data center in its campus at the Amsterdam Science Park, days after it followed EU instructions and sold two Amsterdam facilities it acquired from Telecity.

The new AM4 building, Equinix’s seventh in Amsterdam,  is needed to meet regional demand for data center colocation and direct access to global cloud, network and content providers, the company says. It will be built right next door to the existing AM3 facility and will operate as a regular Equinix International Business Exchange, offering fast connections between customers within the Equinix net. Equinix also added direct connection to the Amazon Web Services (AWS) network from its Amsterdam campus 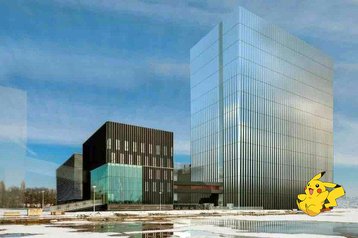 For some years, Equinix has been showing visitors the vacant lot next door to AM3 (see below), and referring to it as AM4. Since the company already has AM1, AM2, AM3, AM5, AM6, AM7 and AM8 in Amsterdam, the arrival of AM4 is anything but a surprise.

In 2015, Equinix bought Telecity, gaining more than 40 data centers. Approving the deal, the EU stipulated Equinix must sell some, and the sale of eight data centers - including Telecity’s Amstel Business Park 1 facility - completed this week.

As Equinix’s EMEA president Eric Schwartz explained to DatacenterDynamics, Equnix acquired six data centers from Telecity and sold two of them. If you, like us, are interested in the details, it turns out that of the Telecity sites numbered 1 to 6, Equinix sold numbers 1 and 4.

“Through a stroke of luck two of the Telecity sites were numbereed 5 and 6, and became Equinix AM5 and AM6. The new AM7 and AM8 sites were originally Telecity numbers 2 and 3.”

One of the most densely-connected locations in Europe. if not the world, Amsterdam is in the top three European data center locations, following London and Frankfurt. Data centers in Amsterdam can reach 80 percent of Europe within 50 milliseconds.

Most of Equinix’s seven Amsterdam facilities facilities are based in two campuses. AM3 and 4 are in the Science Park, on land owned by Amsterdam University, while AM1, AM2, AM5 and AM7 are in a campus in Amsterdam Zuidoost (Southeast). AM1 and AM2 were originally Equinix sites, while AM5 and AM7 would have been Telecity 3 and 5 - we think. 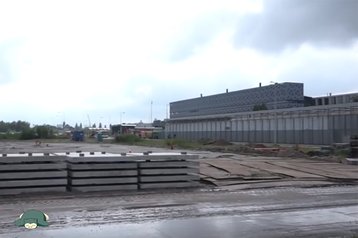 The new facility will be a 70-meter multi-story tower. It will start with a $113 million investment to construct the building and fit out a hall that will house 1,555 cabinets. Three further planned phases are expected to bring the total investment to $189 million, giving 4,200 cabinets of capacity on eight floors of data center space, with a total usable floor area of more than 124,000 sq ft (11,500 sq m). The building and first phase is expected to be completed and operational by Q2 2017.

As well as direct access to other IBX sites, and cloud providers such as AWS, Equinix’ Amsterdam facilities are close to the Amsterdam Internet Exchange (AMS-IX) and the Neutral Internet Exchange (NL-ix) — two of the largest internet exchange in the world, with more than 1,000 ISPs, telecom operators, hosting services.