Venerable storage array family is keeping up with the times

Storage giant EMC has launched an all-flash variety of its VMAX array, breathing new life into he hardware family that’s been storing enterprise data for more than 20 years.

The new VMAX 450 and 850 models natively support block, file and mainframe storage. They feature replication, recovery and advanced data services, and can offer up to 4PB of effective flash capacity in a single system. 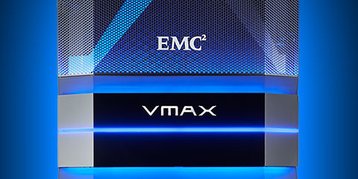 EMC shipped the first VMAX (then called Symmetrix) array way back in 1990 as a storage module for IBM mainframes, an alternative to the company’s own 3390 disk subsystem. This hardware family went on to shape EMC as a company and helped make it a global player worth $67 billion.

EMC launched its first hybrid storage array in 2008, when the cost of flash was still prohibitively expensive. Eight years later, the price of flash has gone down by a factor of ten, making it a viable medium for primary storage.

“What has been less clear until now is how many different workloads can benefit from the inherent agility that flash storage has to offer beyond raw speed. EMC is showing through the introduction of its newest all-flash products how purpose-built all-flash solutions can deliver distinct benefits across a variety of general-purpose and performance-intensive application workloads.”

The all-flash VMAX 450 and VMAX 850 offer up to 150GB/s of bandwidth. They consist of V-Bricks, each containing a VMAX engine, that start at 53TB of usable capacity and can be scaled up to 500TB in 13TB increments.

With VMAX 850, up to eight V-Bricks can be combined into a single system to deliver 4PB of flash. EMC is planning to add in-line compression functionality to the arrays later this year, enabling IT administrators to stretch capacity even further.

The new VMAX arrays will also be available as building blocks for VCE’s hyperconverged Vblock and VxBlock systems.