EMC has released an open source version of its ViPR storage controller, hoping to advance the development of Software-Defined Storage (SDS) technologies.

It will be available through GitHub in June. 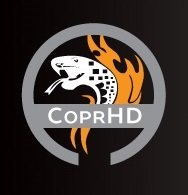 EMC’s ViPR is a software-only tool for block and file storage management and automation, first announced at EMC World in Las Vegas exactly two years ago. It abstracts storage from multiple arrays into a single pool, giving users the ability to create storage categories or classes with different performance profiles.

At this year’s EMC World, the company said it will make the ViPR code base available under the Mozilla Public License 2.0, inviting its customers, partners and even competitors to help create open standard APIs for vendor-agnostic storage management.

“ViPR Controller was the perfect candidate for open source contribution. As fully transparent software focusing on storage automation, both the software and its users will benefit from community contributions. It’s an exciting time at EMC, and we’re looking forward to seeing the new ways Project CoprHD will evolve in the open source community,” said CJ Desai, president of EMC’s Emerging Technologies Division.

“Open solutions and standards will simplify storage management and interoperability to the benefit of end users, which is why Intel is looking forward to collaborating on the open source CoprHD project with EMC,” added Beverly Crair, general manager for Storage Group within Intel’s Data Center Group.

EMC will continue developing the commercial version of ViPR and providing enterprise-grade support, which the open source version is lacking.