SpaceX CEO Elon Musk has reversed calls for the US government to continue to foot the bill for Starlink Internet services in Ukraine.

The world's richest man tweeted: "The hell with it … even though Starlink is still losing money & other companies are getting billions of taxpayer $, we'll just keep funding Ukraine govt for free."

The company had long claimed credit for the tens of thousands of Starlink dishes sent to Ukraine since the outset of Russia's invasion, and said that it had not received money for the deliveries.

But in April it was revealed that USAID spent millions on buying thousands of terminals, while the governments of France and Poland also acquired thousands of the dishes.

USAID spokesperson Rebecca Chalif told the Washington Post that month that the “delivery of Starlink terminals were made possible by a range of stakeholders, whose combined contributions valued over $15 million and facilitated the procurement, international flights, on-the-ground transportation, and satellite Internet service of 5,000 Starlink terminals.”

Some Ukrainian citizens have also tweeted that they've been paying for Starlink out of their own pocket.

Musk now claims that "only a small percentage" of Starlink terminals and service were paid for by outside sources and that the "operation has cost SpaceX $80m and will exceed $100m by end of year."

His claims have not been independently verified, and appear contrary to a letter SpaceX sent the Pentagon, seen by CNN.

In it, SpaceX said that about 85 percent of the 20,000 terminals in Ukraine were paid — or partially paid — for by countries like the US and Poland or other entities. 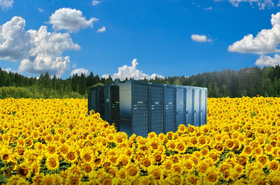 How Wise escaped Russia’s war in Ukraine, with the help of Equinix Metal and others

They also paid for about 30 percent of the Internet connectivity, which SpaceX would normally charge $4,500 each month for the highest service.

SpaceX said that it was covering the remaining 70 percent of the $4.5k, costing it millions - that figure would presumably include a profit margin if it was paid for, but SpaceX describes it as pure cost in the letter.

The majority of Ukrainians have signed up for the $500 service, and SpaceX sells a $60 version, but it claims it is only giving the highest version to Ukrainians. This could not be verified.

CNN reports that US military officials were rankled by the request for more money, and the months of SpaceX taking credit for costs they had covered. One official said that the company has "the gall to look like heroes," while billing the US.

Ukraine's commander-in-chief, Gen. Zaluzhniy, has praised the “exceptional utility” of Starlink, despite outages in regions recaptured by Ukrainian forces.

Zaluzhniy said he needed 6,200 terminals - as well as 500 a month to cover the terminals that are destroyed in the fighting. SpaceX told the general to send his request to the Department of Defense.

"We are not in a position to further donate terminals to Ukraine, or fund the existing terminals for an indefinite period of time," SpaceX's director of government sales wrote to the Pentagon in the September letter.

Adding to the rancor surrounding the discussion over funding is Musk's conduct in recent weeks.

Earlier this month the executive tweeted out peace terms that were close to the demands of Russian forces, amid unconfirmed claims that he had recently spoken to Vladimir Putin.

But now, following public pushback, the CEO reversed course and said that SpaceX will cover the costs. It is not clear how much of those costs will actually be covered by others.