Musk has asked the Pentagon to pick up the bill

SpaceX founder Elon Musk has said that SpaceX can't afford to "indefinitely" continue its support of providing Starlink terminals to the country.

Musk said earlier this week that it has cost SpaceX $80 million to provide support to Ukraine through its Starlink comms, with Musk expecting this figure to increase beyond $100m by the end of this year. 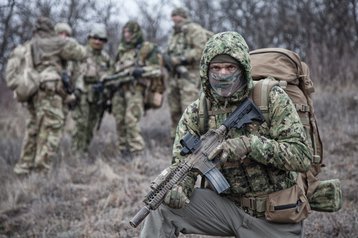 But this funding could instead be coming from the Pentagon, after SpaceX asked for help from the US Administration.

According to CNN, a letter sent from SpaceX to the Pentagon last month revealed that the company cannot continue to fund its Starlink services as it has done up until this point.

"We are not in a position to further donate terminals to Ukraine, or fund the existing terminals for an indefinite period of time," SpaceX’s director of government sales wrote to the Pentagon in the September letter, citing documents obtained by CNN.

The letter also reportedly suggests that it could cost SpaceX close to $400m to continue supporting Ukrainian troops for the next 12 months.

Starlink has so far sent close to 20,000 of its terminals to Ukraine since the beginning of its conflict with Russia, in late February.

Documents earlier this year, as seen by The Washington Post show that USAID purchased around 1,500 Starlink terminals at $1,500 apiece, and spent $800,000 for transportation, adding up to over $3 million in public funds. It later bought another 175 units. During the first three months of the invasion, SpaceX said it sent over 15,000 Starlink kits to Ukraine.

In a tweet, Musk said that the operation is costing SpaceX $20m per month.

"SpaceX is not asking to recoup past expenses, but also cannot fund the existing system indefinitely *and* send several thousand more terminals that have data usage up to 100X greater than typical households. This is unreasonable," said Musk.

Musk recently caused outrage in Ukraine with his suggestion of a ceasefire that would result in Ukraine giving up some of its territories to Russia, in a Tweet last week.

It led to Ukraine ambassador Andrij Melnyk telling Musk to "f**k off". In reply, Musk tweeted, "We’re just following his recommendation," followed by a shrug emoji.

Earlier this week Ukrainian forces reported outages of their Starlink communications, which has led to a "catastrophic" loss of communications in recent weeks. However Starlink's services are back up and running again, according to reports, but the cause for the outages is still not known.

These recent outages have occurred in Kherson and Zaporizhzhia regions, plus Kharkiv, Donetsk, and Luhansk noted the government official. All four regions have recently been claimed as Russian by President Vladimir Putin, following referendums.

A Kyiv official called the outages "widespread" and said they prompted panicked calls to helplines from Ukrainian soldiers. The problems have happened since Ukraine liberated territory from Russia, and moved past the frontline according to the official.