The data center project will use waste heat to dehydrate alfalfa

A data center and eco-friendly infrastructure project in central France is planned in Châteauroux, Berry province. 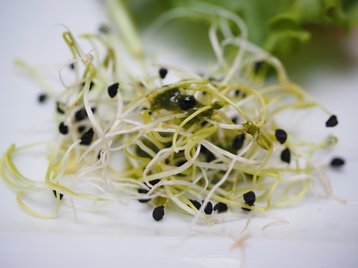 Châteauroux, a new data center for you

The data center aims to be powered by on-site solar panels, which will require 100 hectares of photovoltaic panels to keep the data center and campus running.

The project plans to use the data center’s waste heat to dehydrate alfalfa and help heat 80 hectares of vegetable and horticultural greenhouses, all of which will also be built as part of the Green Challenge 36.

French news site La Nouvelle République reports that infrastructure across the site will be managed by an AI energy management system, which will provide intelligent monitoring and circulation of the waste and non-waste heat, water, CO2, CH4 and hydrogen between the different sites.

Dirk Dobber, president of investment company Mado France, which is supporting the project, said (translated) that it is possible "to create around the data center a virtuous ecosystem."

The project will first require two years’ worth of planning and development before another two years of construction work, which is expected to bring in 750 jobs.