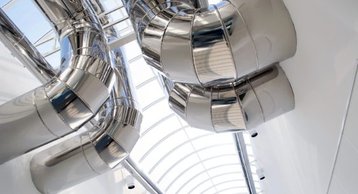 Cooling units at the new NTT JOH1 Data Center, which was not affected – NTT Dimension Data

Dimension Data has commented that only one customer was affected, and the onsite engineering team has resolved the failure within service level agreements (SLAs).

Not the new facility

NTT is opening a new 12MW data center, JOH1, in CentralPoint Innovation Park, north of Johannesburg. Announced in 2020, JOH1 was due to open in April this year, but this has now been pushed back to October of this year - Dimension Data told DCD that the opening is planned for October.

Dimension Data confirmed to DCD that this cooling failure happened in a different "legacy" data center, run by Dimension Data subsidiary Internet Solutions, in Victory Park, closer to central Johannesburg. The facility is one of 11 data centers Dimension Data has on the African continent, including nine in South Africa.