The €70 million ($78.5m) data center follows a €200m ($224m) investment in the Dublin data center market, which included the Profile Park campus, opened in May 2019. The new space in Clonshaugh arrives with a study commissioned by DR which backs its prediction of a tech boom in Ireland. 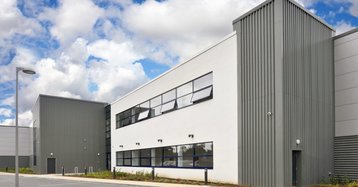 Digital Realty has long had a mix of leased data centers in Ireland, which is has acquired and built over the years. It has been in Clonshaugh for 14 years, having acquired a data center from Hibernia Atlantic in 2006, along with land on which it built its own two-story facility. In 2007, it bought another facility in Blanchardstown Corporate Park in Dublin.

Digital Realty predicts that tech including AI, IoT, Blockchain and 5G will add an additional €6.37 billion ($7.14bn) to Dublin’s economy by 2029, based on a report it paid for, from consultants Development Economics.

There certainly are plenty of facilities there, including Facebook, CyrusOne, and Amazon. Google has two data centers in Dublin.