The US Navy announced on Monday that it has awarded a $231 million IT contract to Dell Technologies.

Under the agreement Dell will provide VMware software licenses, software maintenance and other services including data center and cloud infrastructure to the US Navy, over the next four years. 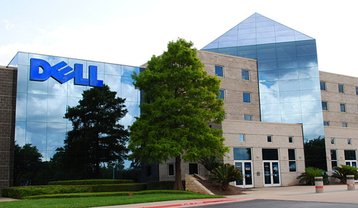 In the Navy, you can build your cloud with ease

The US Navy has given itself a very quick turn around to move most of its IT systems to the cloud by 2021. It wants to speed up its adoption of cloud computing by bringing in commercial cloud companies to provide back end infrastructure and services. Before choosing Dell, the Navy said it had contacted 895 vendors and received three offers for the contract.

Dell has a four-year "blanket purchase agreement" (BPA), according to a DoD announcement, which allows projects within the Navy to order VMware products and services for networking and security, storage, network functions virtualization, desktop and application virtualization, and training. This could reach an estimated value of $231 million, and is expected to be completed March 7, 2023.

Last month the DoD published its cloud strategy, noting that in the past, the department "has not had clear guidance on cloud computing, adoption, and migration to provide unifying guidance or a coherent plan.”

“This has made it difficult for the Department to embrace modem IT capabilities, to benefit from the efficiency and capacity offered by commercial cloud services, and to continue to evolve with technology at the speed of relevance."

For the government, the benefits of shifting to a cloud-first model are similar to those experienced by traditional businesses: "Moving infrastructure from DoD-managed, on-premises facilities to the cloud will take advantage of the rapid roll-out of software and hardware updates.”

“Cloud Service Providers are able to shift workloads within their data centers such that updates are seamless to customers. Hardware with defects or vulnerabilities is constantly swapped out and software patches are applied with vigor in a secure and fault tolerant manner."