Delaware plans to give a $7.5 million grant to a data center project which already faces local protests because of the power plant included in the proposal.

After last minute deals, Delaware lawmakers proposed a state budget with the inclusion of a grant, to upgrade infrastructure for a proposed data center in Middletown, Delaware. The 228,000 square ft, 40MW data center has already generated significant local controversy from residents objecting to the inclusion of a 52.5MW natural gas powered electricity generation plant in the project. 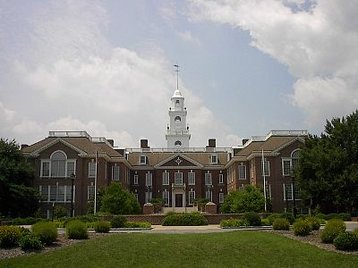 It is common for local governments to hand out tax breaks worth tens of millions of dollars to entice data center operators to build in their locale, but Delaware seems to be bucking that trend with the offer of an actual grant.

The amount of the grant exactly matches a request for state-backed funding from Cirrus Delaware, LLC, the previously-unknown company behind the proposed facility. The request for aid was made directly to the New Job Infrastructure Fund recently established by the state.

The state’s capital budget committee, chaired by Rep. Quinn Johnson, who is also the elected representative of Middletown district approved the grant at the last minute of the budget process, a move which predictably drew the attention of opposition lawmakers as well as citizens’ groups that had already expressed their opposition to the project.

In 2014, a previous proposal for a data center in a former factory on the campus of the University of Delaware, was rejected. Like the current proposal, this would have included on-site generation - though the 279MW in last year’s proposal was was considerably more than the 52.5MW in Cirrus’ current proposal.

It should be noted that the grant isn’t a done deal. Even after its approval in the budget process, the grant still requires approval from state economic development officials. And even if they give the go ahead, the funding would then go before a legislative company for final approval.

Speaking on behalf of his organization, Residents Concerned About the Middletown Power Plant, Pete Sullivan took to Facebook to urge Middletown residents to contact their legislator and express their disapproval, while adding that their questions about the impact of the data center and power plant on the lives of local residents had still not been answered.

While protesters complain that the project will produce noise and pollution, but its backers say it is proposed for an area zoned for industrial use, and the planned generation plant is smaller than other gas-fired plants in the state.

At present most of the objections are coming from government officials, with arguments breaking down along party lines amid claims that this was a back door deal done behind closed doors.