From short term delays and high demand, to a longer recovery and a teleconferencing way of life

The ongoing Covid-19 pandemic is delaying construction projects and hampering supply chains, but the long-term impact to the data center industry could be one of growth, according to Corning’s Marlana Bosley..

Q2 will be heavily impacted by the coronavirus, but future quarters will see the sector bounce back, the data center market intelligence lead for the optical communications company told attendees of DCD's virtual New York conference this week.

“Short term, there are numerous obstacles facing this industry,” Bosley said at DCD>New York VIRTUAL. “These few months have been challenging and there's no clear view of when these headwinds will come to an end.

“Starting with staff and construction, moving people in and out of data centers has always been difficult, but it's more difficult than ever. Some colocation providers have announced that their data centers are closed to everyone except for essential and critical work. So they aren't allowing potential customers or vendors to enter which means we're slowing down business when customers can't see potential space.”

Some data center construction projects are being put on hold, including Facebook facilities in Ireland and Alabama. “Hyperscalers have sent their contractors home,” Bosley said. “And in some cases, per project, this could mean over 1,000 contractors that are being sent home. But regulations and restrictions are changing daily, so the impact this will have on construction through the rest of the year remains to be seen.

This advisory report has been produced by Uptime Institute to help operators of critical infrastructure facilities prepare for, and respond to, the impact of the novel coronavirus that causes Covid-19.

“But it's fair to say that there's a lot not happening right now.”

A similar pause may be felt in the supply chain, Bosley said. “A slowdown in production [may happen], and if certain components aren't available, or they start having an extended release time, this could cause serious issues and slowdown for the industry.”

For example, “one US power provider has announced that the virus impacts their supply lines and they have already adjusted their first quarter financial forecast. And then the Uptime Institute has noted that HVAC equipment manufacturers could see disruption.”

This could delay data center upgrades “and delay new construction even throughout the remainder of the year, especially if we do start seeing extended lead time.”

Such issues are impacting the data center market, while the wider economy is in turmoil due to mass lockdowns across the globe. Currently, analysts such as Morgan Stanley, Goldman Sachs, and JP Morgan expect a Q3 recovery for the US economy, which Corning is using to base its own predictions on the industry’s recovery on. 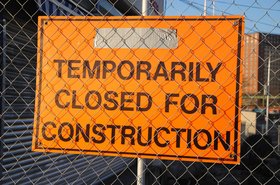 Just remember that it will get better

"Seasonally, Q2 is a strong quarter for the data center market, and where we see a lot of quarter-over-quarter growth," Bosley said. "But the normal Q2 growth that we expected to see has been knocked back by the crisis.”

Corning's own data shows the "strong negative impact on the Q2 addressable data center market, taking quarter over quarter growth from 15 percent in January, down to negative 10 percent in March,” Bosley said. “But we are expecting a bounce back in Q3 and then a stronger Q4 as well to support that V-shaped recovery.”

But, Bosley cautioned, “while we do expect some recovery, it is likely that there will be some push into 2021 if things aren't able to be finalized this year, just depending on how long this [virus] lasts.”

All of this is happening, meanwhile, just as “data centers are seeing a huge spike in demand,” Bosley said, citing the jump in teleconferencing, video usage, and gaming as people stay at home. “These demand spikes can be good or bad, but they are definitely a pressure test to see how prepared data centers are to handle unexpected needs and scale accordingly.”

Look to the future

Beyond these short term challenges, in the longer-term, “there's a lot of room for potential upside as bandwidth demands are higher than ever,” Bosley said. “It's become clearer now more than ever that data center infrastructure is a necessity.

“From unprecedented school closures requiring students to use virtual offerings like Google Classroom, to virtual virus trackers, and even the government using Power BI to communicate virus updates to the public, these are all examples of how services enabled by data centers are crucial to keep society running, especially during a crisis.”

Some of these digital solutions will outlive the virus, Bosley believes, with teleschool, telemedicine, and more expected to remain popular even after social distancing is stopped. “All of this creates a lot of data,” she said. “And that’s going to cause an exponential growth that we will have to rise to support.”