On the first day of Christmas, my true love gave to me four large data centers, but not for free

The $442 million acquisition is expected to close in the first quarter of 2018, subject to regulatory approval. Zenium operates four data centers across London, UK, and Frankfurt, Germany, that - at full buildout - could offer more than 260,000 square feet (24,155 sq m) of colocation space and 49.3MW of power capacity. Currently, around 54 percent of the facilities’ power capacity (26.8MW) is leased. 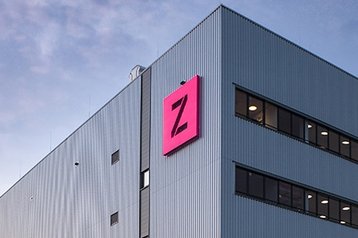 “This transaction establishes a significant presence for us in Europe’s two largest data center markets and provides a platform to scale to meet the strong demand across the continent,” Gary Wojtaszek, president and CEO of CyrusOne, said.

“The capacity for further growth at their existing locations remains substantial, allowing us to nearly double the size of their business, and we will be able to leverage the European infrastructure to expand within London and Frankfurt and into new markets in an efficient, cost-effective manner.”

Franek Sodzawiczny, Zenium’s founder and CEO, added: “We are thrilled to join the CyrusOne team and believe that their unique capabilities and strong customer relationships, particularly among hyperscale companies, will accelerate growth across the existing European portfolio.

“We look forward to realizing the benefits of our combined expertise and similar operating philosophies as we continue to broaden CyrusOne’s footprint to capture growing European demand.”

Zenium currently has more than 10 customers, with hyperscale companies representing nearly 75 percent of contracted revenue. More than half of the customers will be new to CyrusOne, including two unnamed Fortune 1000 companies.

Zenium also has a new site in Frankfurt under contract and advanced discussions are underway for additional site developments in London, Frankfurt, and Dublin. DCD has contacted CyrusOne to find out whether the company will drop Zenium’s branding moving forward.

The sale comes two months after Zenium announced it would sell its data center in Istanbul, Turkey, to Equinix for $93 million.