No suspects, cause or forensic results yet, as the list of stricken services emerges

Indonesian police have been questioning 12 witnesses about the deadly blaze in the Cyber 1 data center in Jakarta last week, which killed two people.

The cause of the fire is still unknown, and no suspects have been named, as the police wait for forensic reports, according to news site Tempo. Services disrupted by the fire include stock brokers, digital payment applications, news sites, games portals, government services, Internet providers, and hosters. 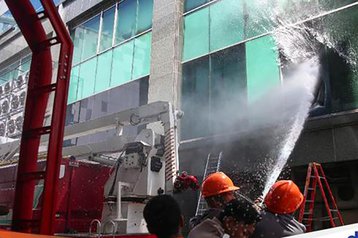 “Some witnesses are still under investigation. We have questioned 12 people," said South Jakarta Police Chief Sr. Comr. Azis Andriansyah, according to Tempo.

The police have yet to confirm whether the fire was caused deliberately, or due to accident or neglect.

Antara New's parent company, Kantor Berita Antara, was itself hit by an outage after the fire.