Cryptomining holding firm BitNile is to form a new subsidiary to invest in oil and gas drilling sites across the US.

Las Vegas-based BitNile Holdings, Inc. this week announced the formation of Ault Energy, LLC, which will partner with White River Holdings Corp on drilling projects across 30,000 acres in Texas, Louisiana, and Mississippi. 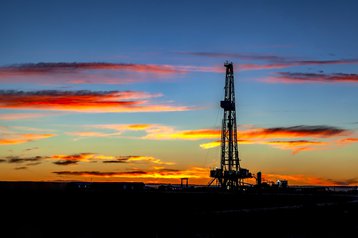 The new company will sit underneath BitNile subsidiary, Ault Alliance, Inc. According to the press release, BitNile’s Digital Power Lending subsidiary invested $12 million into Ecoark Holdings, which gives BitNile the right to purchase up to 25 percent in various drilling projects of White River Holdings Corp, a wholly-owned subsidiary of Ecoark.

Ault Energy and White River have preliminary plans to drill at least 100 wells over the next 60 months over the approximately 30,000 acres in Texas, Louisiana, and Mississippi that White River currently is leasing.

In a separate release from June, Ecoark said it is to provide BitNile with up to 78MW of power within the State of Texas for digital asset mining capacity via its Agora Digital Holdings, Inc. subsidiary. It is unclear whether mining will take place at the oil sites, as is becoming increasingly common, or at other as yet undisclosed data centers owned and/or leased by BitNile.

BitNile founder and Executive Chairman, Milton “Todd” Ault, III said: “The formation of Ault Energy is the result of a long-term goal to partner with an experienced, competent team to extract oil in a location known for large oil reserves. We have confidence in the team at Ecoark and White River and believe this is a great opportunity to allocate capital towards oil and gas projects. White River has successfully completed numerous wells including a directional well in the Austin Chalk formation of Louisiana. As we gather data from our drilling projects and third-party studies, we plan to provide updates to our outlook on these initiatives.”

Ecoark’s Chairman and CEO, Randy May, added: “The opportunity to partner with Ault Energy will allow White River to greatly scale its vertically integrated oil and gas exploration, production and drilling operations. We are looking forward to aggressively drilling out our leasehold over the coming months and years with Ault Energy.”

White River currently owns a drilling rig that can reach depths of up to 18,000 feet, as well as three workover rigs for re-entry and completion procedures. The companies also plan to purchase up to two additional drilling rigs this year.

The company began developing cryptocurrency mining hardware around 2017, and subsequently launched a crypto mining subsidiary Super Crypto Mining (renamed to Digital Farms Inc. in 2019) before pivoting to focus on crypto and renaming the parent company to BitNile.

The company said late last year that its Ault Alliance subsidiary and other legacy units – including real estate, defense, and power solutions including electric vehicle charging products – will be spun off into a separate public company in the future.