The judge of the case, Justice Quentin Loh, ruled that Global Switch Singapore (GSS) "is only entitled to nominal damages of S$1,000 for Arup’s breach of its obligations regarding the provision of additional cooling." 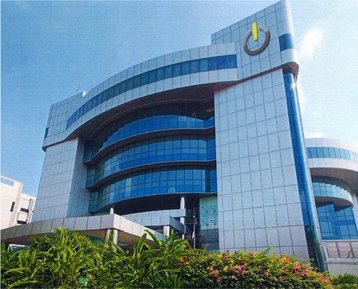 The data center at the heart of the case was an extension to an existing facility at No 2, Tai Seng Avenue, Singapore.

In 2008, GSS began planning the extension, which "would comprise five stories, from levels 3 to 7 (“L3 to L7”), which would extend out from the rear of the Existing Facility. Each of these stories at L3 to L7 would have 800 m2, thereby resulting in a total additional area of 4,000 m2," the court documents state.

Over the following years, the expansion was built out - in a process that both companies now contest - with Microsoft among those which leased space. Then things took a turn in 2013.

On or around 2 May 2013, GSS said that the utility mains power supply "experienced a disturbance and before the DRUPS [diesel rotary uninterruptible power supply] units could react to supply the electrical power to the IT Load while the mains supply was unstable, the STSs [Static Transfer Switches] transferred the electrical load of two DRUPS units to the SUPS units, resulting in overloading of the SUPS [stable uninterruptible power supply] units and failure of the IT equipment of some of GSS’s tenants.

"GSS alleges that this caused them to breach their Service Level Agreements with those tenants."

Then, on or around 18 May 2013, "the incoming feeders from the utility main power supply experienced disturbances and the STSs unnecessarily transferred the electrical loads of the DRUPS units to the SUPS units thereby causing a failure of their tenants’ IT equipment, and again causing GSS to breach their Service Level Agreements with those tenants."

GSS claims that this forced them to install a fourth DRUPS unit and implement a distributed redundant re-configuration in the extension.

Another point of contention was the chillers: "The norm was to locate chillers (as distinct from the cooling towers), in the basement or lower floors of buildings, particularly in Singapore, in order to protect the equipment from the fairly constant rain that Singapore receives.

"However, the parties had no choice but to locate the extension’s chillers on the roof due to space constraints... The chillers themselves were housed in louvered “shipping containers” on the roof. Unfortunately, after the extension was completed, the chillers experienced at least 12 failures over three years."

Neither company disputes that the outages took place - instead, they quibbled over whose fault it was, and what the contract between the two companies covered.

One point of contention is that GSS claims it required a no break power (NBP) of 4,000kW in an N+1 configuration with a 0.9 diversity factor for the extension. "a key part of this dispute centers on the parties’ differing interpretations of how diversity should be applied, which would affect what the NBP specification actually meant. However, this difference in application of the overall diversity did not feature when the Contract was entered into and when Arup developed its design brief in discussion with the other project consultants."

Arup communicated with suppliers from Piller, EuroDiesel and Hitec with the aim of acquiring two DRUPS with a NBP of 2,800kW. "Some of these emails were sent directly from the suppliers to GSS. From these emails, Arup says GSS must have known that the NBP being considered was 2,800kW in an “N+1” configuration.

"GSS disagrees and contends that Arup never pointed this out to GSS, and it relied on Arup to provide what was stipulated in the Engineering Proposal. Arup also alleges that these were the biggest capacity DRUPS units in the market at that time that suited GSS’s requirements. GSS disagrees."

Later, "as their talks with prospective tenants progressed, it appears GSS stated to Microsoft that the available power in the extension was 4,000kW."

GSS and Arup then "began discussing how the shortfall could be met. It was then decided that three DRUPS units would be used as the “N” component and the “+1” component would come from the spare capacity of the SUPS system in the Existing Facility (the “Revised Design”). Again there are differing implications, allegations and claims in relation to the need for, design and implementation of the Revised Design."

Arup claims that it used the largest DRUPS units commercially available. It alleges that "It was GSS who selected the three EuroDiesel DRUPS units that were installed (Arup had issued preliminary documents to GSS for review, before GSS finally issued the tender to the suppliers)," and that "GSS accepted Arup’s design in full knowledge that it supplied 2,800 kW of NBP in an “N+1” configuration when GSS issued the tender for three DRUPS units;"

The company also denies a GSS claim that it breached a duty to ensure proper T&C "because its duty was only to witness T&C."

Ultimately, the judge found that the contract between the two companies left a lot to be interpreted. For example, "it remained vague what tier of data center the extension would be."

Loh said: "I find that parties did understand that the Revised Design was to be concurrently maintainable but not fault tolerant – i.e., that the Extension would be Tier III in substance though they may not have used those words exactly. Regardless, absent sufficient particularization of the applicable standard, on GSS’s pleaded case an implied term of fitness for purpose is too vague and ambiguous to succeed."

He added: "I find that the parties did not contemplate the question of whether Arup should be under a contractual warranty that its design would be fit for purpose."

Loh also ruled that the "proposal tend to support Arup’s contention that the 4,000kW was not a fixed contractual stipulation." But ultimately, he said: "I do not accept Arup’s contention that the 4,000kW was a “target” or an “aspiration” that it would work towards. As a matter of construction, it is clear from the Fee Proposal that an Extension with 4,000kW (with an overall diversity at 0.9), was the stipulated requirement of GSS that formed the basis of Arup’s design brief under their “scope” of work in their Fee Proposal, unless GSS wanted a change or agreed to a revision of that figure during the design development."

The evidence showed, Loh said, that while GSS' business team was trying to secure the Microsoft contract there was a lack of communication between it and the technical team. How much power could be reasonably sold "somehow failed to get transmitted to or register with GSS' business team.

"The mismatch between what was required of Arup in the Fee Proposal, what the (GSS) technical team on the ground was discussing with Arup before Microsoft came to look at leasing the whole extension, and what power was sold to Microsoft, was obvious."

Loh settled on dismissing the claims - except the nominal charge of S$1,000.