Construction due to start on Serbian state data center

The facility will be five times the size of the state-run data center in Belgrade, Serbia

Construction will start next month on a state-run data center in Kragujevac, Serbia. 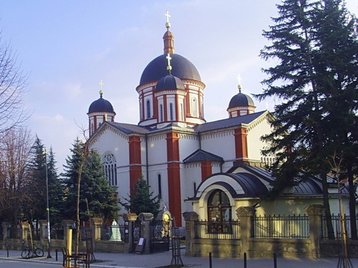 When announcing the project, Mihailo Jovanovic, director of the Serbian government's IT and e-governance office, said that the government would start five more projects over the next two months aimed at improving the country’s digital infrastructure.

Speaking to local news site Blic, Jovanovic said that facility will be five times the size of the country’s first state-run data center, which opened in Belgrade in 2017. The country also plans to offer space in the facility to commercial clients.

The Belgrade facility was built in partnership with Telekom Srbija, a communications company which operates in Serbia, Bosnia and Herzegovina, Montenegro and Austria.

Jovanovic worked for Telekom Srbija between 1997 and 2011 as a senior engineer, before going on to be a university professor. The director took up the government role in August 2017, just a few months before the Belgrade facility was opened.

Kragujevac is the fourth largest city in Serbia, with a population of 150,835 according to the 2011 census. The city is home to Zastava Arms, Serbia’s largest munitions manufacturer.