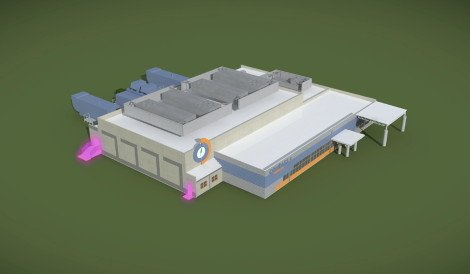 Compass Datacenters has finished construction and commissioning of the first data center it has built for a client using the modular design it has developed. The client (Windstream Hosted Solutions) will take posession of the facilty this month.

The company announced it had bought the land in Franklin, Tennessee (a Nashville suburb), to build this facility in September 2012. The design is Compass' single and standard product the company calls Truly Modular: 10,000 sq ft of raised floor with 1.2MW of power in a 21,000 sq ft shell.

Chris Crosby, the company's CEO and one of its co-founders, said six months to completing a data center like this – a hardened, Tier III-certfied facility – was a fraction of the time a project like this normally takes. “It's not uncommon for this kind of project to take more than a year or two with traditional design and construction practices for data centers,” he said.

The Uptime Institute has not specifically given this and another data center Compass is building in Durham, North Carolina, using the same design, Tier III certifications. It has, however, awarded the certification to design documents for the facilities in November 2012.

Compass is building the Raleigh data center for Windstream as well.

Earlier this month, the company announced that Jay Forrester, former VP of construction for North America at Digital Realty Trust, had joined Compass as its senior VP of data center product delivery.

“Jay played an instrumental role in developing and refining the construction and delivery methodology that was so central to Digital Realty's success,” Crosby said. The co-founder of Compass also came from Digital, the gigantic real estate investment trust he helped build from its early years.