Paris South West to get an extra 12.8MW

Colt is to expand its Paris data center in France.

The company said it is expanding its Colt Paris South West Data Centre by more than 50 percent.

“To support Paris’s rapidly growing technology community, Colt DCS is rapidly expanding its hyperscale data center presence in the city’s metropolitan area. Having previously offered 20MW of IT power across a gross site area of 5,000 sqm (53,800 sq ft), this site is currently being expanded further to support one of our global SaaS customer requirements with an additional 12.8MW,” the company said this week. 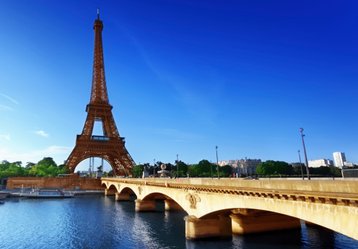 Construction is expected to be completed later this year; the newly expanded facility will offer 32.8MW across a gross site area of 23,400 sqm (251,875 sq ft).

Founded in 1992 and originally known as City Of London Telecom, Colt was previously listed on the London Stock Exchange and part of the FTSE 250 Index until it was acquired by Fidelity Investments in August 2015.

In November 2021, Colt sold a portfolio of 12 non-hyperscale facilities across Europe to AtlasEdge, the new joint venture between Liberty Global & DigitalBridge. One of those was its Paris North facility, leaving Paris South West as its only data center in France.

Post-sale, Colt currently has six facilities across Europe; two each in London, UK, and Frankfurt, Germany; and one each in Paris, France, and Rotterdam, the Netherlands. It operates eight in APAC; one in Mumbai, India; two in Osaka, and five in Tokyo, Japan.

Earlier this year Colt said it had acquired 10 land parcels around Europe – including plots in London, Frankfurt, Paris, and Japan – that would see the capacity of its portfolio increase by more than 500MW.

Colt is currently developing a 50MW campus in London on the site of a former Sentrum/Optimum data center.