Latest maintenance contract could be worth up to $107 million

The contract could be worth as much as $107 million over the next seven years.

The NCCIPS facility is a federal shared services data center, which means its resources are available not just to NASA, but also other federal government agencies. 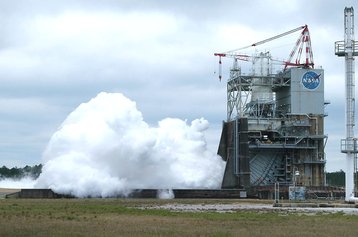 Colsa, headquartered in Huntsville, Alabama, offers IT services to a number of government customers including the Missile Defense Agency, the Defense Intelligence Agency and the Department of Justice.

The company has been contracted to support the NCCIPS, a 200,000 square foot facility situated on a 64-acre campus within NASA Stennis Space Center in southern Mississippi. The data center offers colocation “at a Tier III level” with 32MVA of power capacity, backed by generators and UPS systems.

It deals with nationally sensitive, critical, and classified data, and is managed by the NASA Shared Services Center (NSSC). The facility is involved in the Data Center Optimization Initiative (DCOI) - an effort to to consolidate the sprawling mass of data centers used by the federal government into a more managable, fiscally responsible number.

Colsa’s contract is actually the second version of the deal - the facility was previously maintained by Science Applications International Corp.