Miami-based colocation provider ColoHouse has acquired US Quonix Group, including its Data102, and Turnkey Internet units. 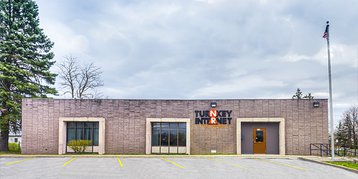 “2021 continues to be the year of formulating the perfect group of exemplary companies and teams to create a best-in-class colocation, cloud, and services company,” said Paul Bint, CEO of ColoHouse. “The Quonix Group acquisition includes ColoHouse’s first foray into building ownership with the Turnkey Internet facility in Albany, New York.”

Pennsylvania’s Quonix was founded in 2005 as a web and email hosting services company before moving into colocation in 2007. Data102 began as the Optimum Network Services telco in 1997 before being acquired by Auctoris Holdings in 2006 and rebranding in 2008; Quonix acquired the Colorado-based company in 2019. New York-based TurnKey was founded in 1999 as a telecoms consultancy firm.

“With the addition of the Quonix Group, ColoHouse will be significantly expanding its bare metal offering. ColoHouse is no stranger to the bare metal game,” said Turnkey Internet founder and CEO Adam Wills. “Turnkey Internet, as one of the leaders in the bare metal space, will be able to provide the technical expertise, personnel, and strategic planning to scale into our other US locations including Miami, New York, Dallas, and Phoenix alongside our entry into the European market.”